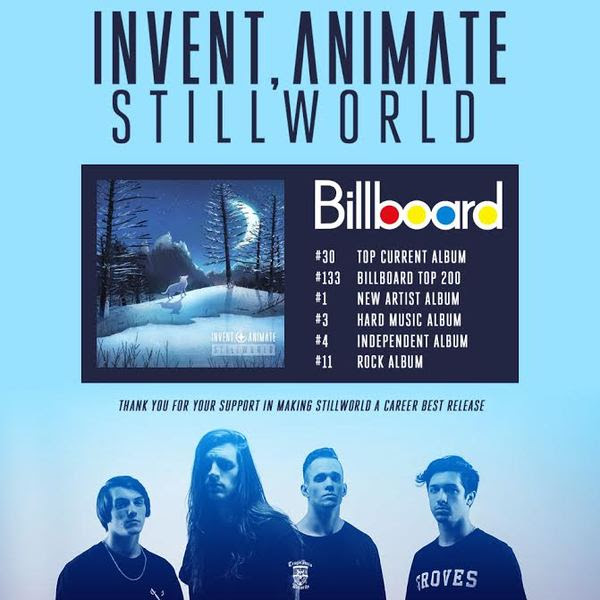 Texas metalcore band, Invent Animate released their highly anticipated sophomore album “Stillworld” on July 8th and in it’s first week of release had an impressive showing on the charts.  Their new record entered numerous Billboard Charts including the #1 spot on the New Artist Chart. Additional positions included; #3 Hard Music Album, #4 Independent Album, #11 Rock Album, #30 Top Current Album and #133 Billboard Top 200. The album’s strong presence solidifies that Invent, Animate is rising to a place among the heavy hitters in the metal world.
Tragic Hero Records label president, Tommy LaCombe sees something special in this band and couldn’t be more proud of the group’s latest effort, “I’m honored and excited to help Invent, Animate share “Stillworld” with everyone. There is a very bright future for the band and this is just the beginning.”
“Stillworld” is available at all major digital outlets and physical copies at Merchbucket.
Invent, Animate Links:
Facebook
Twitter
Instagram
Merchbucket