All Good Things creates cinematic epic rock that celebrates the underdog, lifts the fallen, and all out gloats in victory.

In a masterful feat of reverse-engineering, the LA-based collective has become a potent musical force in the opposite fashion from how most groups get their start. “We were just having fun writing monster rock songs that got us hyped, hoping they might get used in games and movies,” says Dan Murphy (vocals, guitar).

AGT has since been featured in thousands of TV shows, games, films and ads worldwide. When music started being released online, increasing numbers of dedicated fans fell in love with the fist-pounding, high-energy rock anthems and demand grew. “That’s when we said ‘Wow, people are really into this,’” says Andrew Bojanic (guitar, vocals). “The music is inspirational and motivational,” adds Liz Hooper (bass, keyboards, vocals). “Our fans kind of honed that whole aesthetic, theme and imagery just with their feedback.”

AGT’s relationship with their fans is fully apparent on their forthcoming album, an epic collection tied around a common theme of surviving the apocalypse. It was inspired by the many games and films that AGT have placed their music, paying homage to the escapism those worlds provide listeners, one that’s more important today than ever. 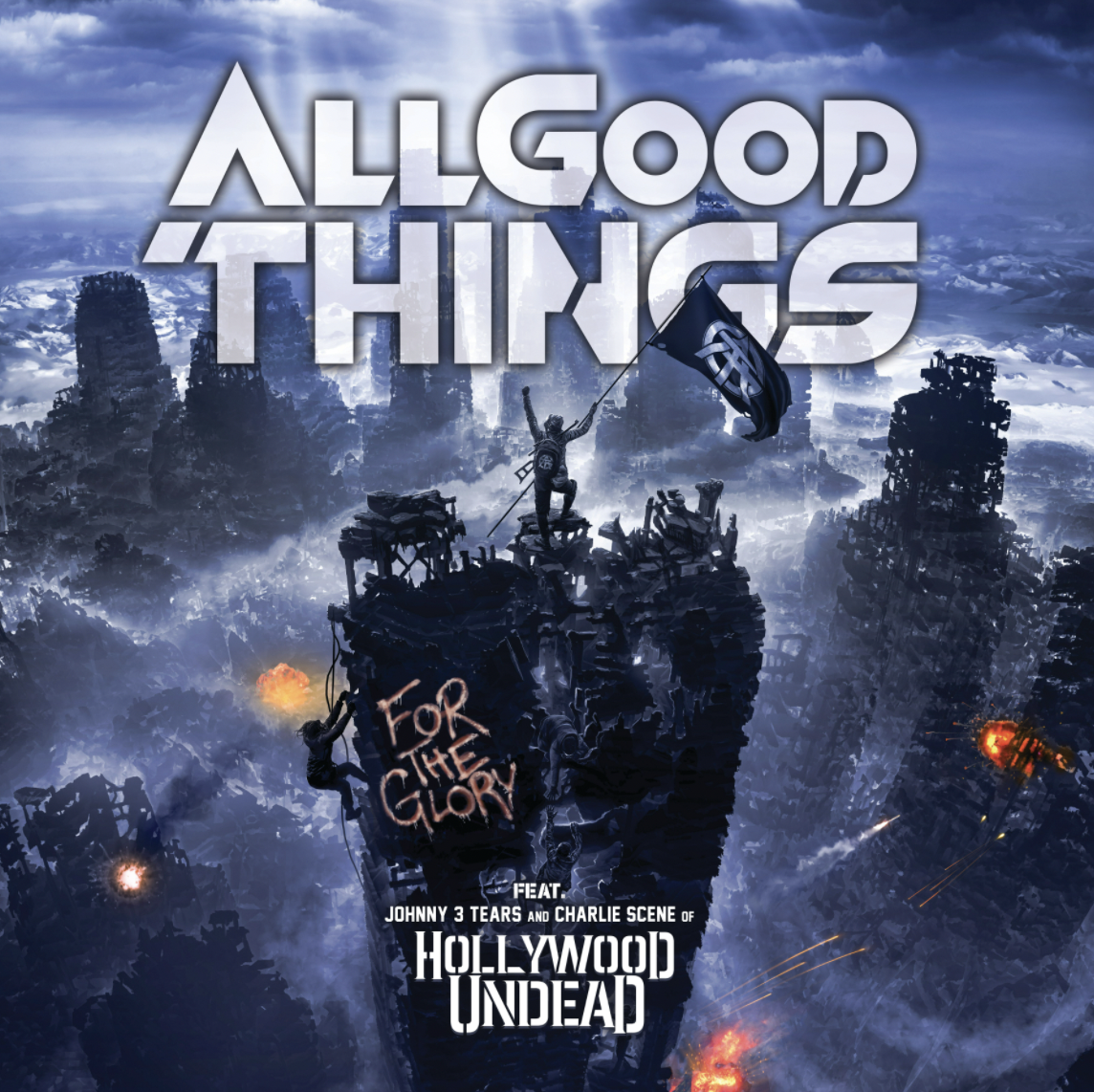 1. Tell us a little bit about the band and how long you have been together for some of our readers that may not know about the band?

We’ve been a friends, co-writers and session musicians for around 10 years. We wrote and played together on all sorts of different projects, but after we started getting a lot of attention with our “Epic Rock” songs, we decided to create a band in that style, and focus more on writing in that genre. The result was All Good Things.

2. What got you into music and what keeps you going night after night playing?

Some of us had family members who introduced us to music at a young age. Most of us watched a ton of music videos day and night, and played in our garages in between school. Like most musicians, music isn’t a choice. It’s in your DNA. You find out early that you’ll probably never make a bunch of money from it, and if you’re still in after that you’re hooked. We’re still in.

We hopefully have a few more singles coming out before we drop our album in the Fall. A SICK tour that we’ll be announcing soon, as well as some festivals, all before the end of 2021. It’s been a long wait, so we’re super excited.

4. If you didn’t become a musician, what would you be doing right now? Liz would be helping raise orphan Elephants at the Sheldrick Wildlife Trust. Andrew would be a professional poker player and golfer. Tim would be a sports commentator/ Journalist. Miles would be either a zoologist or a hired assassin. Or both. Dan says he’d be a lift operator. 🤣

5. What is the weirdest or funniest question you have ever been asked?

“Would you like a beer?” Hmm. No maybe that’s the dumbest question…..

Can’t think of one off the top of our heads. Most people’s weird is our normal.

6. If you can have your fans remember you for one thing, what would that be?

That we became a band because they sought us out, and dragged us out of the studio and encouraged us to make more music and play live. It was a backwards way for a band to start, but were so humbled, grateful and honored that they were asking us for our music, that we were so excited to go all in to making music that a bunch of people really wanted. They were, and continue to be our inspiration.

7. On a scale of one to 2593, How good is your new single compared to your last single? (my attempt at humor, but please still answer). Around 40 million apparently. (That’s how many more streams it has

8. What do you feel is the best song you have released to date and why? You’re asking us to pick a favorite child??!!??? A few, for different reasons. For the Glory because its become the universal anthem for the underdog. Never Surrender because it is a song about surviving insurmountable battles and has beautiful orchestral arrangements. I am the enemy because it’s SO fun to play live! But we truly believe the best songs are yet to be released………

9. Do you think you can get any better as a musician/singer? And if so, How would you achieve that? Always! Practice, playing together over and over until you’re one unit and every move is intuitive. Raising the bar higher, reaching that, and then resetting the bar higher again.

10. If you could give your fans one random fact about you that you think they should (or should “not” know) about you what would that be? Dan is disproportionately afraid of spiders. Miles collects Nerf Guns. Tim sings Michael Jackson songs like an angel, Andrew took up Ice hockey 5 years ago but couldn’t even stand up on ice. (He’s pretty good now!) Liz’s dream is to be a dead body or get killed in a horror movie or TV show.

11. You’re a new addition to the crayon box. What color would you be and why?

None more black. Because Spinal Tap.

13. What’s an average day like for you? Most if it is trying to come up with social media posts on the 9 different platforms that you apparently have to have to be a band in 2021, whilst wishing we could just be on stage playing, or having a beer with our fans.

14. Please discuss how you interact with and respond to fans? So having complained about having to do so much social media bs, it is an awesome way to stay in touch in real time with our fans. We have a hard core OG fan base on a Discord channel, and they’ve become our street team over the years. They’re more like friends than fans now. We always try to answer when fans reach out, and like or answer any posts or comments to let people know we hear them, and we’re so grateful for their support.

15. Have you ever dealt with performance anxiety? Of course! Anxiety is creativity’s conjoined twin.

16. Tell me about your favorite performance venues?

Vibe wise – The Roxy, the Forum, the Wiltern, Hollywood Bowl. Sound wise- Greek Theater, Banc of California Stadium, and House of Blues LA before it got knocked down.

17. What advice would you have for someone wanting to follow in your footsteps?

CONNECT WITH ALL GOOD THINGS