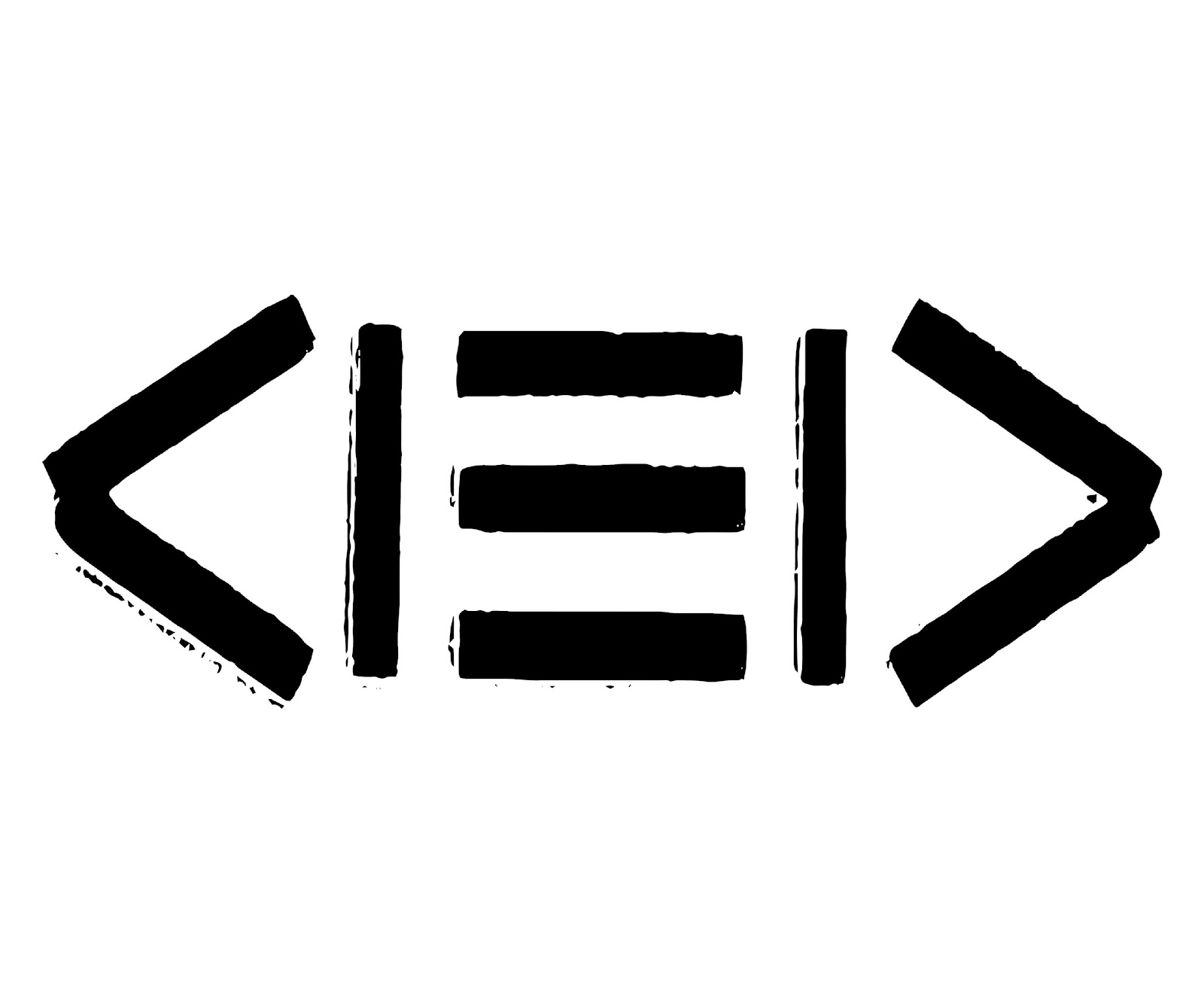 
U.S. Tour with In This Moment Kicks Off March 24th

Forthcoming DED Album Will Be First Release Under

After taking the rock world by storm with their 2017 debut album Mis-An-Thrope, DED has returned with the release of their new micro EP Mannequin Eyes out now via Suretone Records, featuring the roaring and explosive lead radio single “A Mannequin Idol (Lullaby)” and anthemic new song “Eyes Sewn Shut.” PRESS HERE to listen to Mannequin Eyes and check out the accompanying visuals for the songs – PRESS HERE to watch the lyric video for “A Mannequin Idol (Lullaby)” and HERE to watch the visualizer for “Eyes Sewn Shut.” Mannequin Eyes displays DED’s bold and dynamic songcraft and offers an early taste of the band’s forthcoming sophomore studio album due out later this year, helmed by powerhouse rock producer Kevin Churko (Five Finger Death Punch, Ozzy Osbourne, Disturbed). Suretone Records has renewed its multiple-year deal with ADA Worldwide for exclusive distribution and DED’s forthcoming 2020 album will be the first release under this deal.

Originating from Phoenix, AZ, DED – who are quickly becoming one of rock’s most exciting torchbearers – embodies elements of rock, alternative and metal, with pop melodies, cloaked in some of the most histrionic, headbanging music on the planet. But when you dig beneath the surface, DED’s unexpectedly soulful music is about bringing hope, relief and self-awareness, proving that there’s a way to live through the struggle and come out stronger and happier so that we can better look after ourselves and each other. Joe Cotela (vocals), David Ludlow (guitar), Kyle Koelsch (bass), and Matt Reinhard (drums) are building a community by offering comfort in times of despair and positivity by exposing negativity.

We talked with David Ludlow about the new music and much more below!

1. So, what is new with the band?..Tell us about the new music coming out on March 12th

In a way, almost everything. We did the new album in Las Vegas with Kevin Churko (Finger Death, Ozzy Ozbourne. In This Moment, Disturbed, etc. We were out there working together for most of 2019. The two new sounds out now are “A Mannequin Idol (Lullaby)” and “Eyes Sewn Shut.” They’ll offer a detailed look into the direction of our upcoming new full length.

“A Mannequin Idol (Lullaby)” is a look into the way the world seems to idolize material things without looking into themselves for what their heart really wants. Lines like “You just want a pretty face…do you really just want a mannequin idol?” And “Eyes Sewn Shut” is geared at opening up your own consciousness and truly looking for what your heart and mind are trying to tell you and making a strong effort to think for yourself.

2. DED is always evolving on stage and in the studio, where do the ideas for some of the songs come from and the inspiration for the stage presence come from?

Ideas for songs can come from anywhere. True inspiration, honest inspiration. You can be inspired from any and all genres, but as long as you’re honest with yourself with what you believe is a great song, that’s what matters most. Just being genuine to yourself. The stage presence and visuals are about grabbing attention, holding onto and delivering a strong message that connects with anyone who’s willing to watch and listen.

3. What got you into music and what keeps you going night after night playing?

We as a band all grew up watching so many great bands from all walks of life. We’re fans of such a diverse amount of music. Playing every night is always such a rush, the loudspeakers blasting the message that we enjoy delivering. And watching the fans really get involved in that could never get old.

4. When making any of your videos, do you have as much input into them as you do when recording the songs?

Absolutely. They’re such a strong representation of who we are and what we want to say. It’s extremely rewarding getting the right video that correlates with the song you’re making it for.

5. If you didn’t become a musician, what would you be doing right now?

For me personally, most likely I’d be a producer/engineer. The energy in a good working environment in the studio is a fantastic addicting feeling!

6. What is the weirdest or funniest question you have ever been asked?

Why do we drive on parkways and park in driveways??

7. If you can have your fans remember you for one thing, what would that be?

Trust your gut. Think for yourself while respecting those around you. You can accomplish anything when you have your mind and heart in the right place. Stay determined and hungry for whatever type of goal you want to accomplish!

8. What do you feel is the best song you have released to date and why?

Any song off of Mis-An-Thrope honestly. It was the a culmination of all of our lives’ work. Everything we learned as both individual and collective musicians helped shape that album. We’re extremely proud of it. It’s difficult to pick your favorite child, but I definitely don’t get tired of playing “Architect.”

9. If you could give your fans one random fact about you that you think they should (or should “not” know) about you what would that be?

Personally, in the studio, I never feel like a song is finished. Even after a song is released, there’s always thoughts about “what if we would have tried this or that” but you have to finalize them eventually. But once the song is released, it becomes not just mine anymore, it’s now owned by the world, not just us. So hearing people coming up and saying “Man, I just love that one song!!” is such a great feeling, and then I forget all about what I would have thought to change, and that’s one of the most rewarding feelings in the world.

10. You’re a new addition to the crayon box. What color would you be and why?

I’d like to be the box of neon colors – vibrant.

11. Who are you inspired by and what inspires you to make music?

I’m honestly inspired by anything and everything I hear. We literally listen to ALL types of songs, albums, and genres. Good music will always just be great music no matter where it comes from or who wrote it. Even commercial jingles can be great pieces of music.

12. What is the strangest thing a fan has asked you to do?

If I would just give them the guitar that I played that night at the show. Like, these things are my kids, and you never know what hidden unknown songs are still left to be written on them. One day once I have enough, I’d love to be able to do that though.

13. Have you ever dealt with show anxiety?

All the time, but it’s a 50/50 mix of anxiety and a rush of excitement. They work hand in hand to help make for the best stage experience.

14. Tell me about your favorite performance venues?

The Rave in Milwaukee is one of my all-time places to play. There’s something special about the history in that building and I absolutely love going back every time. And Red Rocks is on my bucket list and we finally get to play it on this next tour coming up with In This Moment and Black Veil Brides so I’m super pumped on that! Creating memories!

15. What advice would you have for someone wanting to follow in your footsteps?

Write as many songs as you can, even the bad ones. You have to write enough bad songs to find the good ones. Continually practice your craft, block out the noise. Don’t be too hard on yourself either, just try and try again. All of your favorite songs by your favorite bands were not the first song written by that artist. Keep at it no matter what!

The forthcoming DED album will be the first release under Suretone Records’ renewed, multiple-year deal with ADA Worldwide for exclusive distribution.

DED TOUR DATES
*all dates with In This Moment, Black Veil Brides, and Raven Black

May 7 Portland, OR @ Roseland Theater