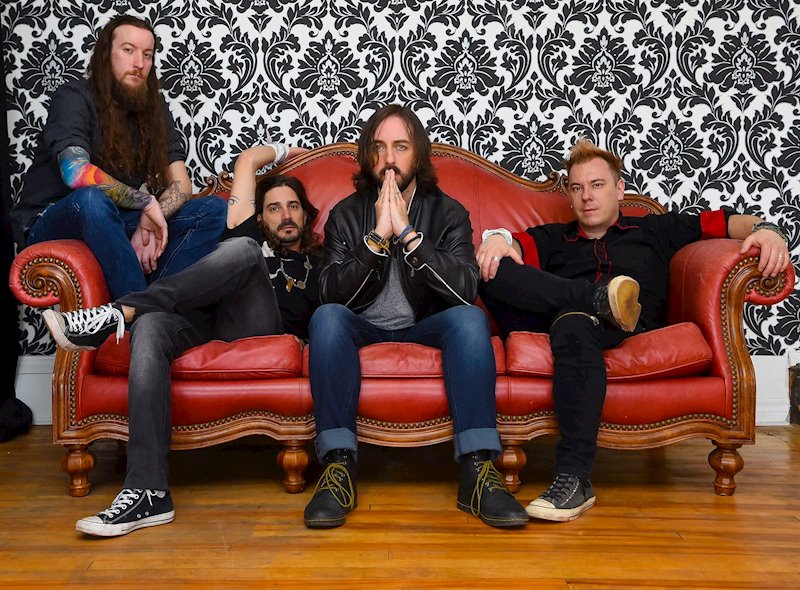 The Castor Troys are a story-telling hard rock band from Hamilton, Ontario. Through lyrics that tell tales of war heroes, bank robbers, and clandestine lovers, this intrepid four-piece peddles true stories and truer fiction. Drawing inspiration from bands like The Headstones, Social Distortion, Motörhead, The Offspring, and Iron Maiden, The Castor Troys craft fiery and infectious songs that draw you in and don’t let go. 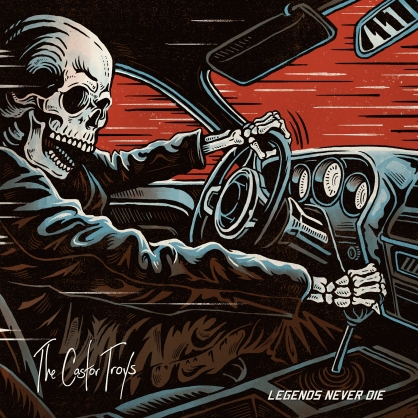 Taking their band name from a character in a Jon Woo film, The Castor Troys are a jubilant mix of hard rock, punk, country, and southern rock, and it really comes out strong in this album “Legends Never Die“. ‘Black love‘ starts the Ep off with ragging riffs from the get-go that gets your blood pumping and the head bobbing like an insane bobblehead, the beat of this some in infectious as all get up and you’re going to want scream the lyric from the rooftops!! ‘We are one” is a song that just screams live music hit. This is going to definitely going to be a huge crowd sing-along live! One song that really stands out that you can really hear “The Offspring” vide is “Wreck of The Bastard“, this one from the get go is so punky. This 6 song EP ends with a tune that everyone will recognize, and just maybe a tribute to the great one Tom Petty, the punked-out version that really works, I am going to put it out there that there will be some mosh pits swirling around to this song if they play it live!

All and all great fucking music!! Can’t wait to see them live and this will keep your chops nice and clinched tell a full-length album.

The Castor Troys are a relentless team of stage veterans. Averaging over 40 shows a year, they recently completed a southern Ontario tour with The Maysides and Black Collar Union. They’ve played many festivals including Burlington’s Sound of Music sharing stages with countless bands such as The Planet Smashers, Scarlett and Silverstein. Writing music that is catchy and instantly memorable, The Castor Troys weave tales in an accessible and uncompromising manner.