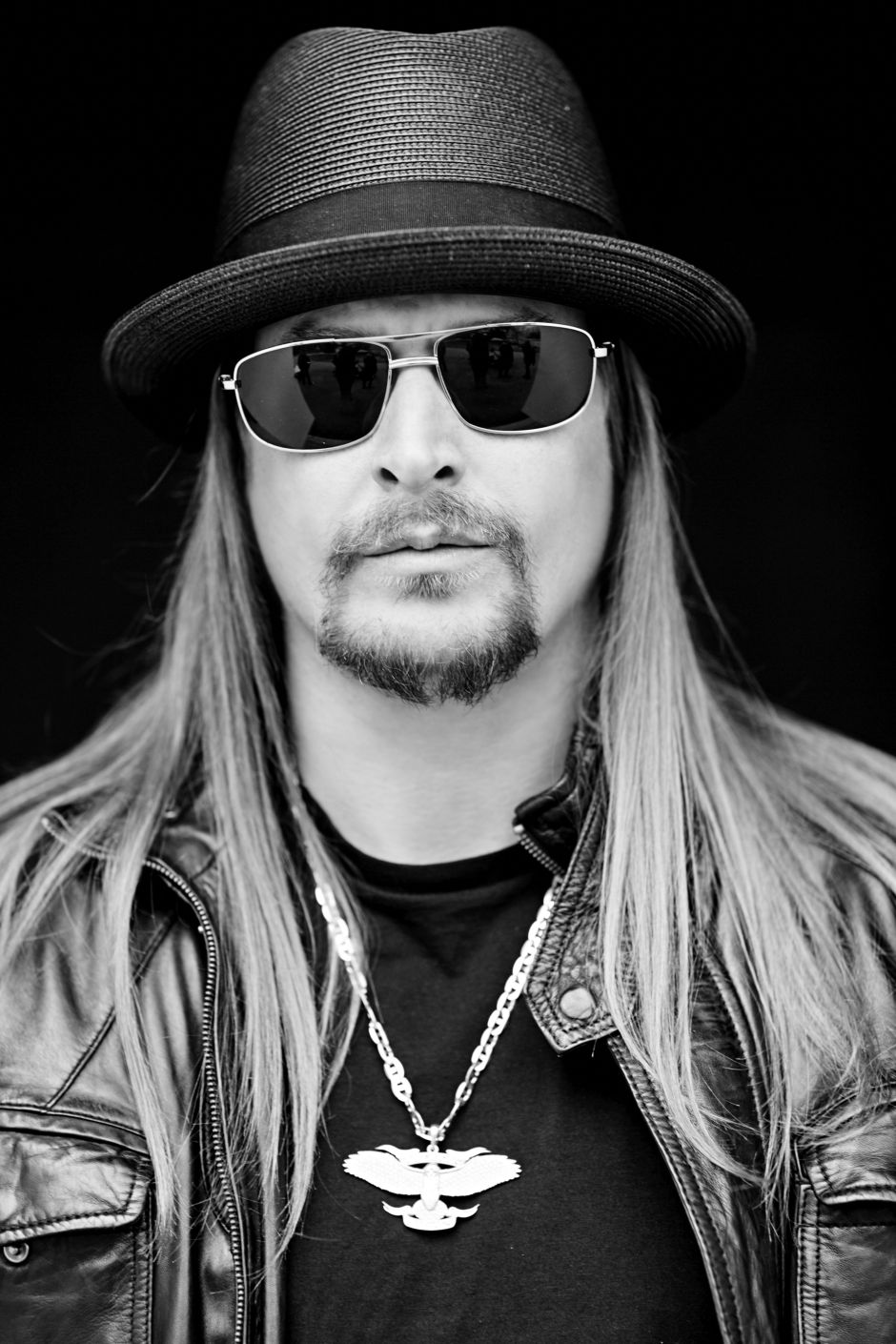 If ever there was a concert you left and the first thing you say to yourself is, “Man I want to party with that guy”, then you attended the same show I did. Who might you ask am I referring to? Well,  just listen to the line of his own song and he’ll belt it out himself, “My name Is KIDDDDDDDDDDDDDDD, KID ROCK!” and he will also proclaim, “you’ve never met a mother fucker like me”.  And you know what, he is right about that.

Flashback to 1998, when most of us had never heard of Kid Rock until a song came over the radio called “Bawitdaba”. Soon, he was a household name. Until this point, the only white rapper we knew was Vanilla Ice. He would follow up that same year with the song, “Cowboy” and you quickly knew this man liked his foul language. And soon, his CD’s were flying off the shelves because the younger generation wanted someone who was real and honest playing in the cars, headphones, and radios.

From breakdancing, to loving rap and rock n roll, you can find Kid Rock playing every instrument in his backing band. He knows music, and he’s got a sound that is all his own. He makes no mistakes for who he is. Whether it’s his on and off again relationship with every male’s fantasy in the late 90’s, Pamela Anderson, getting into physical altercations with Tommy Lee, or his classic role as the villain, Robby in the movie, “Joe Dirt”, Kid Rock really doesn’t care what you think. He’s going to be him and he will never apologize for that.

His show boasts the songs you know him for, but also adds in a few new ones. He belts out a slower song dubbed, “I’m Fuckin 40” which hey, I can relate to oh so well. In this song you can hear lyrics like, “I never dated Winona Ryder, I probably never will”. He reminds us all of the fun parts of aging, but that Bruce Springsteen and the Stones are way older so we should feel better! Another great one he plays, is “Picture”. I love this song, it’s actually a song that hits home to me. And while I think the lady who comes out and sings it is amazing, there’s still no version as perfect as the original, sung with Sheryl Crow. None the less, I was so glad to hear him play and sing it live.

If you ever get the chance to see Kid Rock, I urge you to do it. I left his show with a smile on my face and feeling so alive! He reminded me that you only live once, and what others think of you doesn’t matter. Just listen to his song, “American Badass” and let his lyrics let you know exactly how he lives his life:

Got the long hair swinging, middle finger in the air

See me ride in sin hear the rebel yell