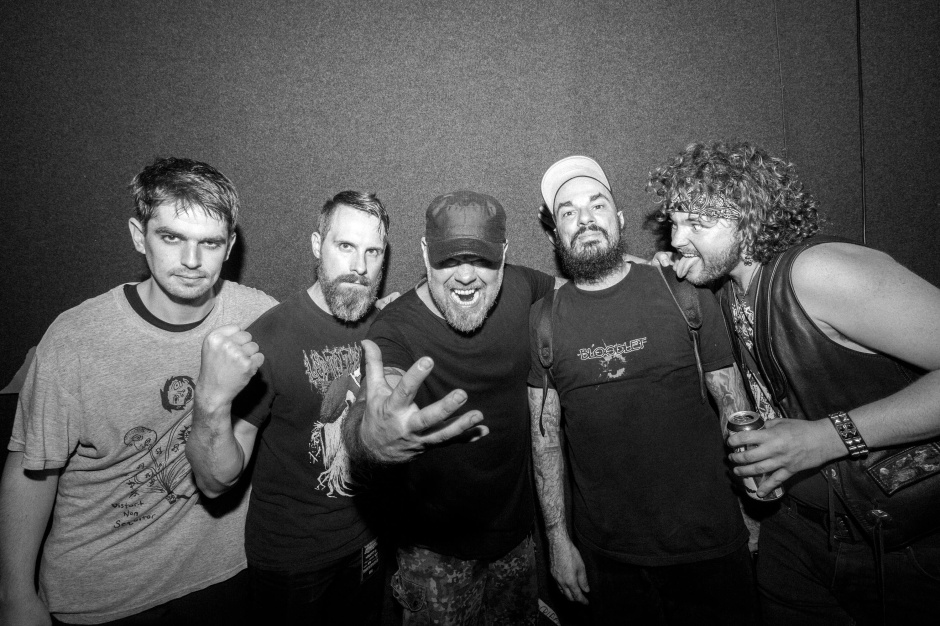 Dwid Hellion comments on the video:
“The “Sons Of Satan” music video is intended to appear like a demented remnant of a 1980s MTV video. One that has decayed and fermented for the past 3 decades, until morphing into an abomination.”
Additionally, INTEGRITY is celebrating their 30 year anniversary as a band in 2018. Since 1988, INTEGRITY has been known for being one of the most incendiary and influential bands in hardcore and modern metal history.
INTEGRITY will return to Europe in August for performances at Brutal Assault, Roadkill, Sylak and Vagos Metal Fest before returning to the states for Psycho Las Vegas. All confirmed tour dates are available below.
INTEGRITY & KRIEG’s Split LP is due out August 3rd on CD/LP/Digital via Relapse Records. Physical packages are available for pre-order via Relapse.com HERE and Digital Downloads / Streaming Services AT THIS LOCATION.
Festering beneath forests of debauched illusion, INTEGRITY infects its prey through unconventional auditory means. Inflicting and dispensing their nightmares through cavernous faith and conjuring a new gospel for those neglected and forgotten apparitions. KRIEG contributes their only song written and recorded since 2014’s Transient as well as more obscure older material set to create a miserable sonic experience for the listener. This is another page in a book written over two decades.