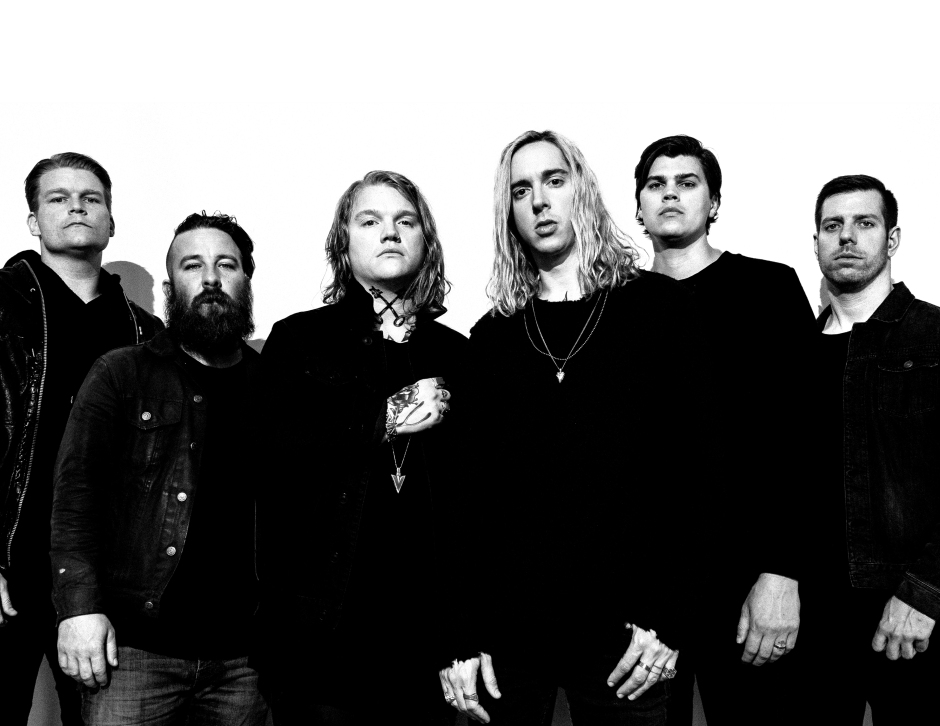 With eight years having passed since we last heard new music from Underøath, that near decade-length absence weighed heavily upon music lovers’ hearts.When you consider all of the bands that formed using their idiosyncratic power and texture as blueprints (and then hearing those pretenders fail anyway), you can clearly see the hole Underøath left behind.

“We were just done by that point. We never knew how long it was going to last. How many hardcore bands last? It’s not like we hated each other, the music or the industry. We blinked, and a decade went by of never being home. But we needed that break, otherwise now wouldn’t have been possible.” said Chamberlain, the band’s  dynamic frontman,“We had been doing this for 13 or so years,”

And what was next was “Erase Me” set to hit be released April 6th, 2018 by Fearless Records. Right out of the gate, “It Has To Start Somewhere” throws you back into your seat right before it launches you into outer space.“Rapture” has as prog feel that all generations will enjoy, while “No Frame” drives you into the outer space into the deep abyss, this track is one of my favorites, one that you can just lean back and chill and enjoy, the electronics on this is insane to where you just lose yourself in the music.   The first single “On My Teeth,” seemingly sends a warning to listeners to protect their necks.

Underøath may have tempered the punishing riffage of their previous releases, but they doubled-down on the urgency, via every scream out of Chamberlain’s face, guitarist McTague’s sense of the appropriate and Gillespie’s frenetic thrashing of his kit. When considering the pretenders that came to fill the void during their absence, Erase Me inarguably proves that Underøath’s only true competition is themselves.

“’That’s not Underoath enough.’ is a phrase the band kicked to kicked to the curb and “made a record that stokes us out that we love,” said Chamberlain. You can really tell the band has grown as musicians and human beings.  Erase Me is the apex where melodic heft, indefatigable power, spatial resonance and arcane electronic textures converge to reveal a band that’s positively fearless. Erase Me is a bold step for a band who want to preserve their integrity, and they are sending a message to the fans of – this is your music and you can feel however the fuck you want about it. They are doing everything in the most honest way on this album and this is the healthiest they have ever sounded.

-It’s great to have Underøath back—especially on their terms.-