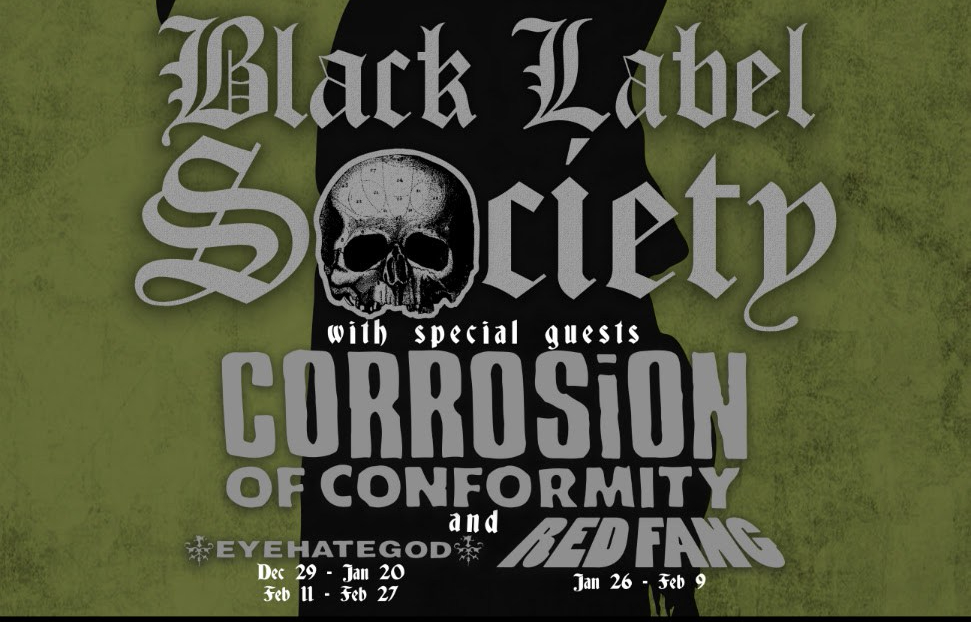 It is hard to beat a lineup like this- Black Label Society | Corrosion Of Conformity | Red Fang and the fans knew it as they came in droves to see this epic show at Jannus live in St. Pete Florida.

By the start of the opener, Red Fang, the place was packed with people from the front to back and side to side, and it seemed like more people were coming. Red Fang hit the stage and welcomed the crowd to some kick-ass music, Red Fang at really making a name for themselves for have a high energy show with nonstop in your face music, and that is just what happened! The Band really got the crowd pumped and the crowd was eating it up. Their set list was packed with tones that the crowd went nuts over.

Corrosion Of Conformity hit the stage next, COC is out supporting their new album  No Cross No Crown, the long-anticipated new full-length from CORROSION OF CONFORMITY that was released back on 1/12. COC hit the packed venue hard and fast from the get-go with throwing out new and old stuff that got the place really rocking!! Pepper Keenan made himself know with vocals that were on point, the rest of the band followed suit, sounding like the old COC! The set was stacked with new songs like “The Luddite, and some great old tunes like ” Vote With A Bullet ” and some of their most popular songs like ” Albatross ” and the final song  ” Clean My Wounds “, Which was an extended version with Band introduction in the middle.

The band, Black Label Society, who is out promoting the new album “Grimmest Hits, which hit on January 18th. The man that most came to see hit the stage in epic fashion, with a giant tarp hiding the stage and the sounds of  “THE” Zakk Wylde, the shredder of all shredders blazing on the ax behind the banner. The banner drops and the face-melting began with “Genocide Junkies” and “Funeral Bell“. But that was just the beginning of one of the most bad ass shows Jannus as ever seen or heard, the place was packed to the metal rim with Legends of Boom and DOOM member ready to give the band one hell of a greeting, and they did not disappoint! The place went nuts as the Zakk and the band killed it on all fronts, energy, sound and giving the crowd what they wanted to hear. Zakk shred like a beast and the band throws down like only they can as the went the there rear 90 minute set of 15 mind-blowing metal mind melting songs. This show was one for the books. It has everything you could ever ask for in a show that was just made to leave you thinking what the hell just happen…and I want to see it again!! YOU DONT WANT TO MISS THIS TOUR!