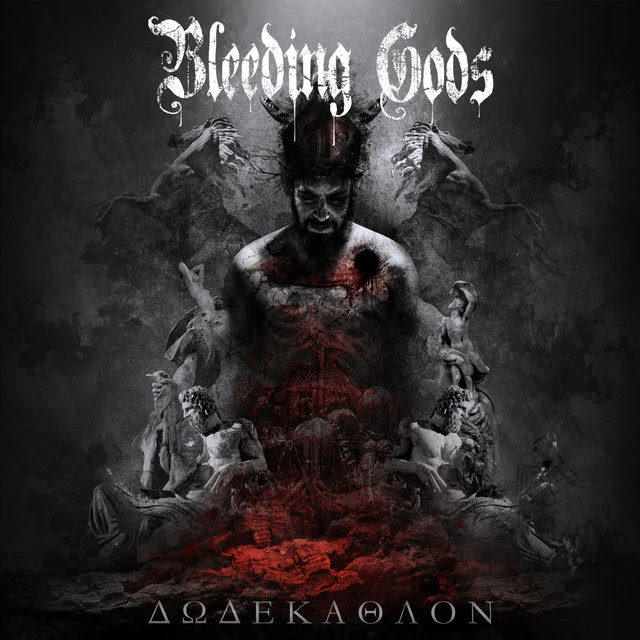 Dutch epic death/black metallers BLEEDING GODS will release their upcoming concept album Dodekathlon on January 12th, 2018 via Nuclear Blast. Right before Christmas,BLEEDING GODS unleashed their second digital single, “Tripled Anger’, together with a stunning lyric video (see below). Today, the band presents a drum playthrough video to this song, showing drummer Daan Klemann playing the whole track during the recordings in the studio. The video was recorded and edited with 4 cameras, therefore offering shots from almost every angle! Watch it here: https://youtu.be/yQGZ1OWyURc

album concept
The album title Dodekathlon is referring to the Greek myth of the twelve labors of Hercules, the greatest of the ancient Greek heroes.´Driven mad by Hera (queen of the gods), Hercules slew his son, daughter and wife Megara. After recovering his sanity, Hercules deeply regretted his actions. He was purified by king Thespius, then traveled to Delphi to inquire how he could atone for his actions. Pythia, the oracle of Delphi, advised him to go to Tiryns and to serve his cousin king Eurystheus for twelve years, performing whatever labors Eurystheus might set him. In return, he would be rewarded with immortality. During these twelve years, Hercules is sent to perform twelve difficult labors, which has resulted in twelve album tracks: Every labor is a track, so the complete album tells the whole ancient story.

For sure. I was just giving the band posters which I do for almost all of my bands who tour the US.  I’ve never had an issue before which is the reason I delievered them.
Dodekathlon – track listing:
01. Bloodguilt (Nemean Lion)
02. Multiple Decapitation (Lernaean Hydra)
03. Beloved by Artemis (Ceryneian Hind)
04. From Feast To Beast (Erymanthian Boar)
05. Inhuman Humiliation (Augean Stables)
06. Birds Of Hate (Stymphalian Birds)
07. Saviour Of Crete (Cretan Bull)
08. Tyrannical Blood (Mares Of Diomedes)
09. Seeds Of Distrust (Belt Of Hippolyta)
10. Tripled Anger (Cattle Of Geryon)
11. Hera’s Orchard (Apples Of The Hesperides)
12. Hound Of Hell (Cerberus) 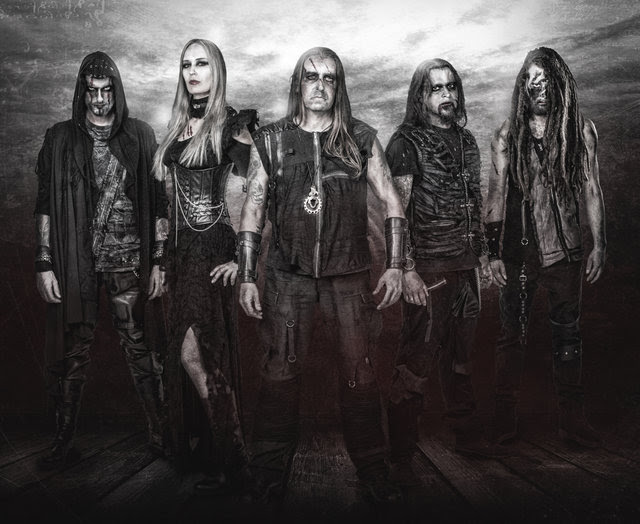 The album was recorded at Pitch Note Productions and Hal 5 Studio; mixed and mastered atSoundlodge Studio. The cover artwork (see below) was created by Dimitris Tzortzis from Immensa Artis.

The band was founded in 2012 when guitarist Ramon Ploeg started to write an album after he had left the Dutch death metal band HOUWITSER. In 2013, BLEEDING GODS recorded their 4-track promo entitled Blood Symphony. The lyrical theme was about ancient gods and history like the Mayans, ancient Egypt and Greek gods. In 2014, BLEEDING GODS signed for their debut album Shepherd Of Souls with Punishment 18 Records and got worldwide awesome reviews, even today!

One year later, the turning point was there: New line up, new songs, new concept, new album!BLEEDING GODS renewed their line up and are now stronger than ever! After their debut Shepherd Of Souls, the band knows exactly which band they want to be and consequently Ramon Ploeg (Guitars),Mark Huisman (Vocals), Rutger Van Noordenburg (Guitars), Gea Mulder (Bass & Backing Vocals) andDaan Klemann (Drums) created a brand-new concept. Let’s get ready for Dodekathlon!