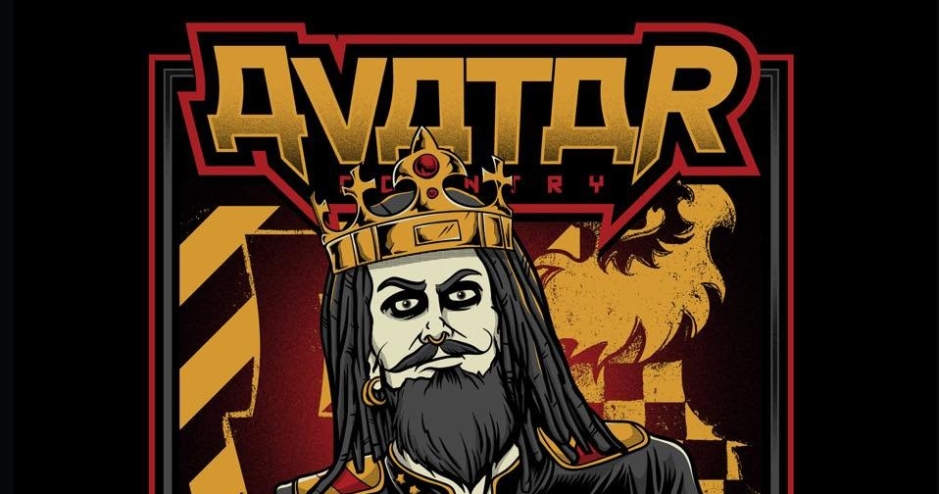 Hear Ye! Hear Ye! — His royal majesty the King and His elite orchestra, AVATAR have granted the Royal State Television Network (KTV) the right to release footage of their participation in recent battle through the popular medium of the ”YouTube”.  This is within accommodation with their newest single, “The King Wants You.” The so-called ”music video” is once again directed by Johan Carlén, overseen by the Department of Accurate Depiction of the King.

As first heard on SiriusXM’s Octane channel late last week, this is the second single and music video we’ve heard from the King with AVATAR off His new record titled Avatar Country coming next month.

The band initially released the single and ”music video” for “A Statue of the King” last month. The visually stunning recording of a great Avatar Country celebration has gone on to receive high praise from around the world.

Avatar will release their seventh, and most Royal, full length, Avatar Country on January 12, 2018, via Entertainment One. Avatar Country will serve as the highly anticipated follow up to Feathers and Flesh, which debuted at #5 Hard Music, #7 Indie, #12 Rock, #31 Current, #9 Overall and #88 on the Billboard Top 200 chart.

The King will embark on a series of state visits this winter with very special guests THE BRAINS (North America leg), OLD KERRY MCKEE (European leg) and sideshow extraordinaire HELLZAPOPPIN. Citizens and zealots may remember Hellzapoppin from the band’s 2012 music video for their single “Black Waltz.” The Royal presence will first be felt in Columbus, OH on January 6th at the Newport Music Hall and stretch coast to coast before coming to a theatrical close at The Intersection in Grand Rapids. The European round of state visits will start in Utrecht, Netherlands on March 13 and be concluded in Gothenburg, Sweden on April 7. 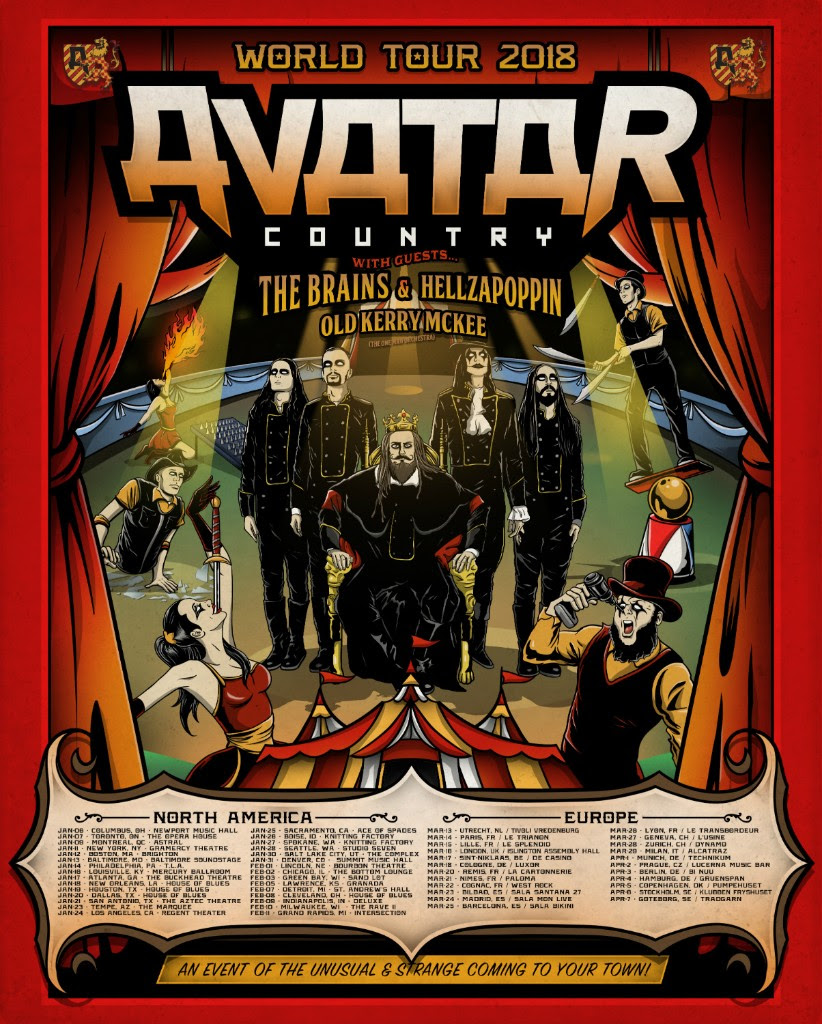