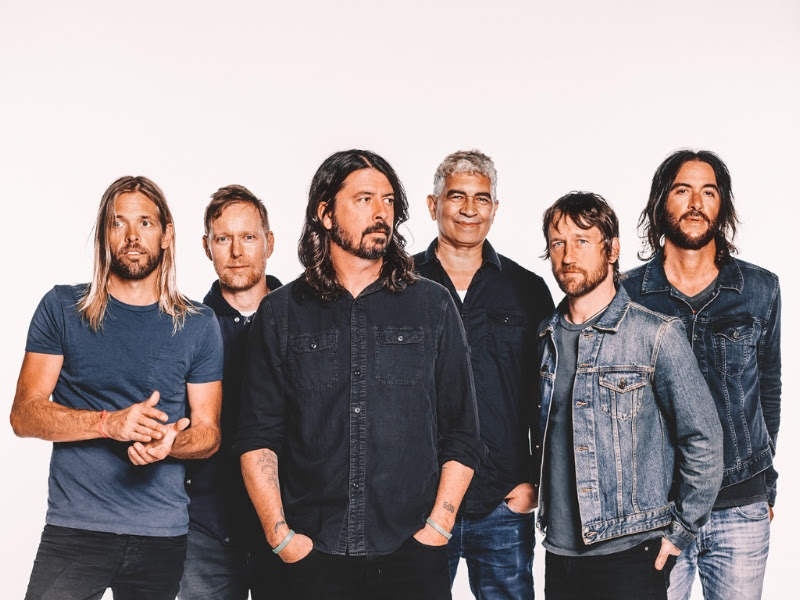 With newly minted memories of their CalJam 17 triumph still fresh in the eyes and ears of 30,000+ true rock believers, and with Concrete and Gold (Roswell Records/RCA Records) still riding high in the charts worldwide since its international #1 debut, Foo Fighters have announced the next phase of the Concrete and Gold global domination initiative:

The first 2018 North American dates of the Concrete and Gold world tour have been confirmed: The new shows will kick off April 18 in Austin, Texas and will run through the band’s July 29 return to Chicago’s Wrigley Field. Included on the newly announced itinerary are a July 16-17 two-night stand at New York’s Madison Square Garden, a July 21-22 encore doubleheader at Boston’s Fenway Park, and so much more.

Tickets for these shows will be on sale to the general public Friday, November 3 at 10am local time (*with the exception of the public on sale for Chicago, which will begin November 10).

Foo Fighters kicked off the first U.S. leg of the Concrete and Gold Tour October 12 with an intimate show by FF standards—the grand opening of The Anthem in Washington DC—a performance that USA Today noted “transformed the venue into a raucous rock cathedral.” In the days since, Foo Fighters have continued to storm through sold out arenas in Richmond VA, Greensboro SC, Cincinnati and more. The first Foo Fighters global trek since the 20th Anniversary trek that placed #5 in 2015’s top grossing world tours, the Concrete and Gold Tour has seen the Foos reaching new peaks of their estimable powers. “Foo Fighters keep going and going and going in epic Greensboro show,” wrote the Charlotte Observer, “If there’s one thing you can count on lately when you walk into a Foo Fighters concert, it’s that you probably won’t get home until tomorrow.” The Richmond Times-Dispatch reported, “Having played and sung all night with a seemingly endless store of energy, Grohl noted as midnightapproached, ‘I’m going to feel like I was run over by a truck tomorrow.’” And the Washington Post called the Anthem opener “a rock-and-roll clinic from Foo Fighters,” adding “when it was time to officially open the venue… the Anthem called in the only band with the local roots and international fame that could pull it off: Foo Fighters… That’s exactly what Grohl and friends did, treating the Anthem like a new leather jacket: turning something that glimmers with newness and making it feel as cozy as a childhood home.”

For further updates on the 2017-2018 Concrete and Gold World Tour, continue to check www.foofighters.com.