Live Nation Entertainment has added a new press release to its website. For full details please visit the Live Nation website at:

AVENGED SEVENFOLD AND VOLBEAT TO SUPPORT
TICKETS ON-SALE THIS FRIDAY

SAN FRANCISCO, Feb. 13, 2017 /PRNewswire/ — Metallica today announced their WorldWired 2017 North American tour in support of their new album Hardwired… To Self-Destruct. The WorldWired 2017 tour is produced by Live Nation and kicks off on May 10th in Baltimore, MD at M&T Bank Stadium. The tour will crisscross its way across North America into the summer, marking the Rock and Roll Hall of Fame inductees and Grammy® Award winning band’s first proper North American tour since 2009. Avenged Sevenfold and Volbeat will be the main support acts for the tour run. See below for a list of all confirmed dates. 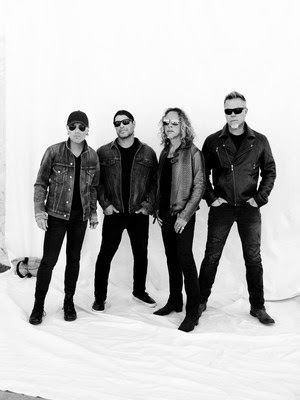 Citi is the official credit card of the WorldWired 2017 North American Tour. Citi cardmembers can take advantage of a special presale opportunity for all show dates in the U.S. beginning on Tuesday, February 14th at 11:00 AM local time. For additional details, visit www.citiprivatepass.com.

Every ticket purchased through official outlets includes your choice of a standard physical or standard digital copy of Hardwired…To Self-Destruct. Fans should expect to receive information from Warner Music Artist Services on how to redeem their albums within 14 business days after their purchase. Full details of how you can gift the album, should you have already purchased, will be given on the redemption page.

Metallica has partnered with CID Entertainment to offer four options of special enhanced experiences on this tour, including premium tickets and amenities, including: early access to the venue, a visit to the ‘Memory Remains’ exhibit of memorabilia, and meet and greets. For full package details, visit http://www.cidentertainment.com/events/metallica-tour-2017/.

Additionally, Metallica has announced the formation of their All Within My Hands Foundation, which will raise funds to support a cross-section of national, local and Bay Area charities that the individual band members support, along with continuing to donate to music education programs and local food banks. Through a collaboration with Crowdrise, the band encourages fans to make a donation when purchasing tickets to the upcoming shows. For more information, visit www.crowdrise.com/metallica

Hardwired…To Self-Destruct was released on November 18 on Metallica’s own Blackened Recordings record label and debuted at No. 1 around the world, selling over 800,000 copies worldwide in its first week.  The album was produced by Greg Fidelman with James Hetfield and Lars Ulrich, and is available in various configurations at www.metallica.com.

Praise for Hardwired…To Self-Destruct includes:  The New York Times: “Metallica has embraced its adulthood, reclaiming the attack of its music while jettisoning the image of a hard-rock band as young, fast and out of control;”  Rolling Stone: “Metallica’s ‘Hardwired’ shreds back to vintage eighties terror;”  Decibel: “Metallica balances legacy, longevity, and longitude with Hardwired…To Self-Destruct;” Kerrang!: “This is Metallica galvanized, refreshed, refocused and rediscovering themselves. Best thing they’ve done since The Black album? Yep;” The Guardian: “Metallica have just made their finest record in 25 years;” NME: “Metallica remain both vital and innovative;”  San Jose Mercury News:  “Metallica has once again delivered an album that echoes and underscores the mood of millions;” and much more.

*With Avenged Sevenfold
^With Volbeat
+With Gojira