Black metal misery makers ABIGAIL WILLIAMS are preparing to kick off a month-long live takeover this weekend supporting Belphegor and Origin. The Conjuring The Dead North American Raid Part II will trample its way through twenty-four cities from August 11th through September 4th. Additional support will be provided by Shining. Prior to and following the tour, ABIGAIL WILLIAMS will be playing a handful of headlining shows with supplementary performances to be announced in the coming weeks. 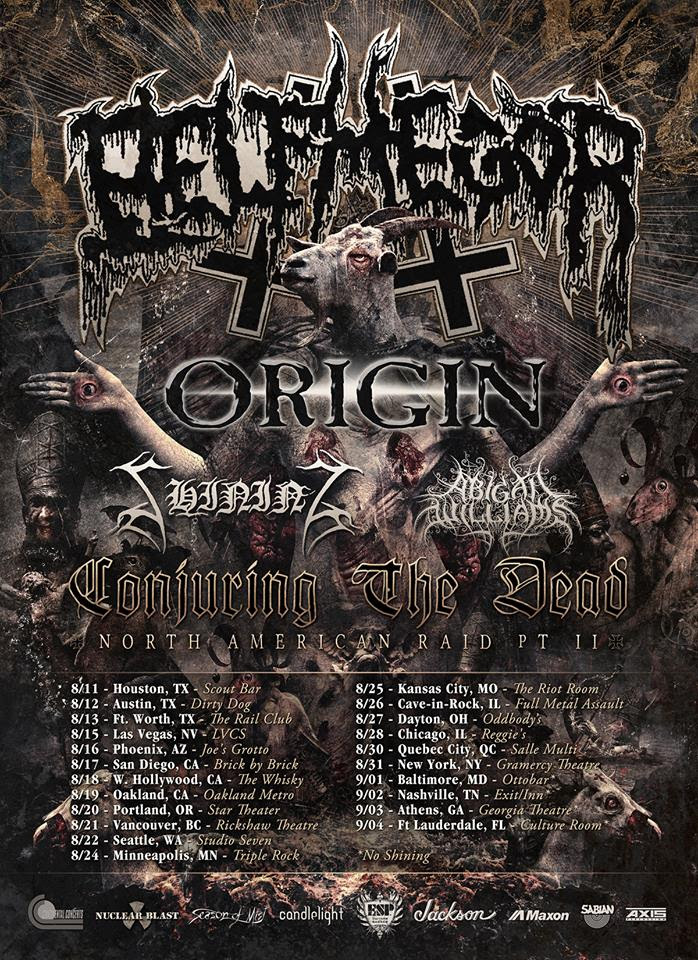