When The Shondes released The Garden (Exotic Fever 2013), frontwoman Louisa Solomon said it was “an album about growing up,” and she had no idea how right she was.Rolling Stone’s 4-star review dubbed it “Riot-grrrl furor, arena bombast and klezmer stomp,” while The Washington Post said: “Every time I’ve seen The Shondes, a hurricane has touched down. Violinist Elijah Oberman rocks his instrument like the world is ending. Louisa Solomon sings like her soul is leaping out of her mouth. Every time I wondered when the band would break big.” With this game-changing wave of critical praise, followed by a national tour with punk legends Against Me!, the scrappy, heart-on-their-sleeves New Yorkers were truly coming into their own, and they set right to work on their follow-up, Brighton (Exotic Fever 2016). 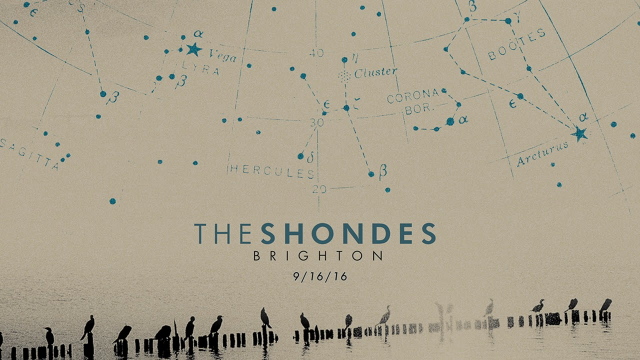 “A badass love song that begs to be belted out.” – SPIN