Canada-Progressive Metal artists Ascendia have released the video for their next single Remember Me.

Remember Me was directed by Garret Henry of GGH Motion Pictures and marks the forth single off Ascedia’s debut album The Lion and The Jester. The video for Remember Me has premiered on Exclaim! Magazine and can be seen below.

Ascendia will also be playing a series of exclusive shows in North America supporting Norwegian Progressive Metal artists Circus Maximus. Ascendia will be playing shows in Chicago, Toronto, Montreal, and New York leading up to their appearance at the Power Prog USA Festival in Atlanta, GA. 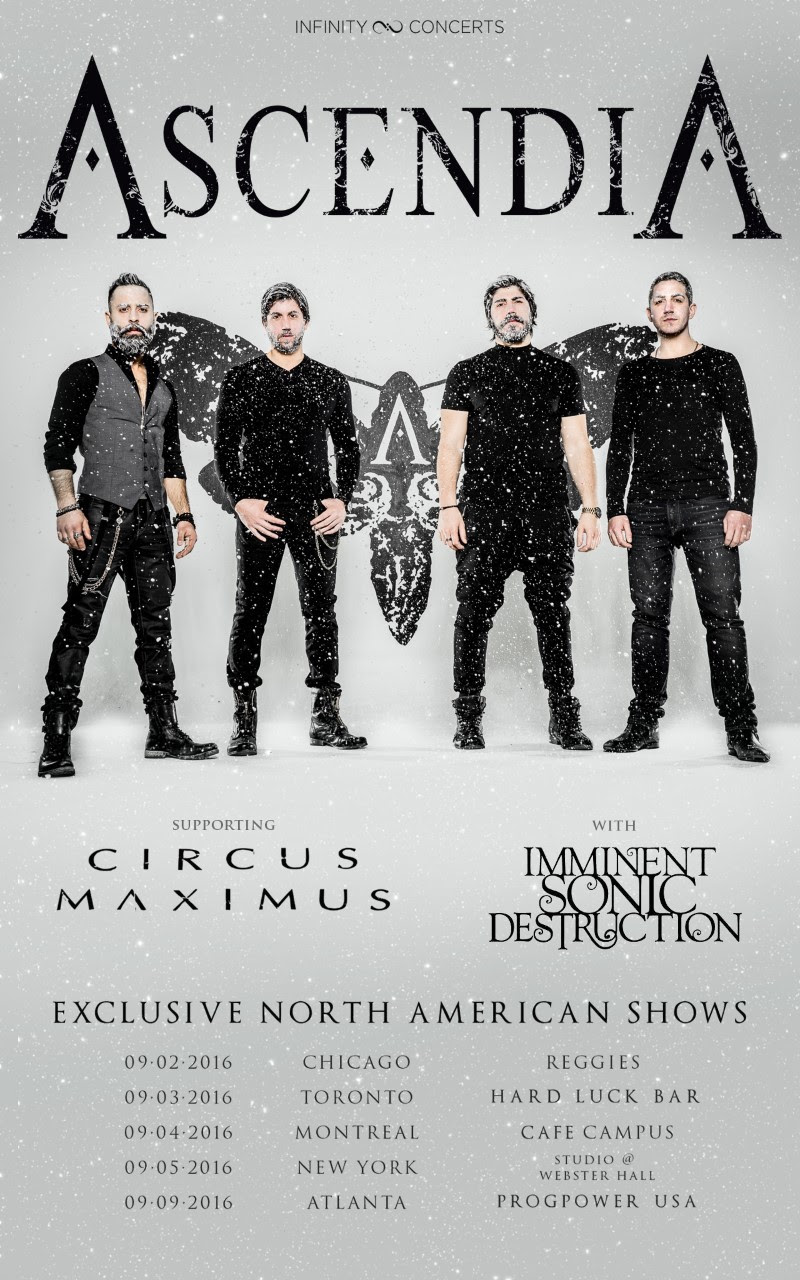