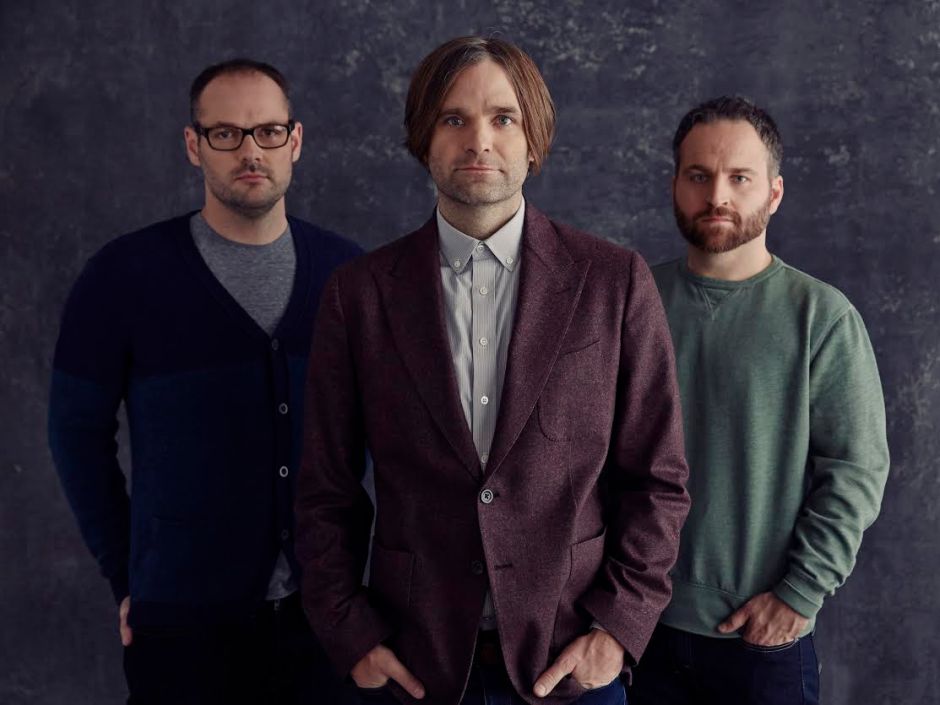 We Are The Rhoads Client: DCFC

Death Cab for Cutie knew immediately that Kintsugi would fit perfectly as the title of their eighth studio album. A philosophy derived from the Japanese art of repairing cracked ceramics with gold to highlight flaws instead of hiding them, kintsugi speaks to the way an object’s history is part of its aesthetic value. “Considering what we were going through internally, and with what a lot of the lyrics are about, it had a great deal of resonance for us — the idea of figuring out how to repair breaks and make them a thing of beauty,” says bassist Nick Harmer, who suggested the name to singer-guitarist Ben Gibbard and drummer Jason McGerr. “Philosophically, spiritually, emotionally, it seems perfect for this group of songs.”

Long before they gave the album its name, the band embarked on a process that forced them to do things differently than they ever had before. For instance, in the course of making their seven previous albums, the Seattle band hadn’t written much in the studio together. They had always preferred to hone their arrangements separately, or with just two or three of them playing at once. But when it came time to record Kintsugi, Death Cab for Cutie went into the studio with the openest of minds. Their willingness to try anything — including a twenty-minute exploration that evolved into one of the album’s finest tracks, “The Ghosts Of Beverly Drive” — yields Death Cab’s most compelling new work in years: an album that packs as much sonic as it does emotional wallop. Gibbard acknowledges that, early on in the process of writing this group of songs, as he was still trying to make sense of the major changes happening in his life, he had to remind himself not to change his creative process. “If there’s a reason people can relate to my songwriting, maybe it’s they feel like they’re getting an honest, fearless approach to writing about affairs of the heart. I’m certainly not going to censor that just because people think they know something about my personal life. I would be cowardly as a songwriter and not be true to what I’ve always done if I shy away from these events in my life because I was in relationship with a public figure.”

“The Ghosts of Beverly Drive” encapsulates important elements of the album’s larger theme — embracing flaws and being open to change. “If only you had known me before the accident,” it begins, “for with that grand collision came a grave consequence.” Says Gibbard: “There’s this charade you play with someone when you start seeing each other, that no one has ever made you feel this way before,” says Gibbard. “‘The Ghosts Of Beverly Drive’ is about when you say to the person you’re with, ‘Let’s just acknowledge that we are not the first people to feel this way. Let’s be honest with each other that we’ve been in love before or that we’ve fallen out of love with people before, and that’s OK.'”

A lot has changed for CHVRCHES in the past few years. When the Glaswegian trio wrote and recorded their debut, The Bones Of What You Believe (2013), no one had heard of them. The three members (Iain Cook, Martin Doherty and Lauren Mayberry) came together with the idea of working on a writing project together, unsure of what path that would take other than one which belied their previous musical projects and foregrounded melody and classic songwriting styles before everything else. There were no pre-existing ideas of what the record would or should be like, no pre-conceptions and nothing to live up to – just three people in a basement studio in Glasgow making music they believed in. The Bones of What You Believe went on to sell over 500,000 albums worldwide. The band enjoyed critical success, with accoladed coming from Pitchfork, Spin, Rolling Stone, Q, NME and many more. They made their debut US TV performance on Jimmy Fallon, and then went on Kimmel, Letterman and Carson Daly. They’ve clocked in 364 shows in 2 years, selling out venues across the world and making signature appearances at Coachella, Bonnaroo, Sasquatch, Lollapalooza, Australasia’s Laneway Festival, Reading & Leeds, Summer Sonic in Japan and myriad others before retiring back into the studio for another go.

Musically, their newest album Every Open Eye seeks to do more with less. To make big sounds without racking up endless tracks within Cubase sessions. To make something intense and urgent and visceral, using the basic tools of melody, rhythm and arrangement rather than the mentality that ‘more is more’. Sonically, Every Open Eyedevelops CHVRCHES’ signature style, juxtaposing the light and the dark, creating their own brand of twisted pop music that uniquely merges the organic with the electronic, molding sounds and ideas forged over two years on the road into an electronic-pop record with a heart.

To hear Sarah Versprille and Daniel Hindman tell it, their Portland, OR-based band Pure Bathing Culture has always evolved naturally and at a steady pace. “That’s really the path we’ve been on as a band, always putting one foot in front of the other as opportunities presented themselves,” Versprille said. “The music just revealed itself to us as we kept going.” But for Pure Bathing Culture’s second album, Pray for Rain, the band has taken a big leap forward. Pray for Rain is the sound of the group confidently taking a step up to the next level and finding their footing as a true band. The roots of Pure Bathing Culture stretch back to 1999, when Versprille and Hindman befriended one another on the first day of freshman orientation at William Patterson University in Wayne, New Jersey. A decade later, they became bandmates when they both joined Vetiver for their Sub-Pop albums Tight Knit and The Errant Charm. It was while playing in Vetiver that Pure Bathing Culture emerged as its own entity. “Dan was working on some instrumentals that he would make on a looping pedal,” Sarah said. “One night he was out and I just listened to this loop and wrote some lyrics to it. He came home and I showed it to him. We laughed at first, as we didn’t have some grand plan to start a band. It just happened naturally.”