Staten Island, NY | February 16, 2016 – Out of personal strife and the instinct to share their story comes To Live As Wolves – a post-hardcore band set to revolutionize the scene with their latest project. The group draws inspiration from their New York roots and various hardships to create something aggressive and raw, yet completely relatable. Through driving riffs, melodic solos and gripping stage presence, this tenacious quintet is ready to take on the world.
Today, To Live As Wolves are proud to announce the details of their forthcoming EP. Produced by Kevin Billingslea at Halo Studios in Windham, ME, Breakneck Road features guest vocals from Davey Muise of Vanna and the unmistakable sound of conviction.  According to the band, “Breakneck Road tells the story of pain, doubt and fear and the struggles of learning to overcome not just those emotions but the pains and burdens we carry through our everyday life.” Due out April 8th, 2016 this EP further highlights the sound To Live As Wolves has developed and is sure to resonate with both long time fans and newcomers. 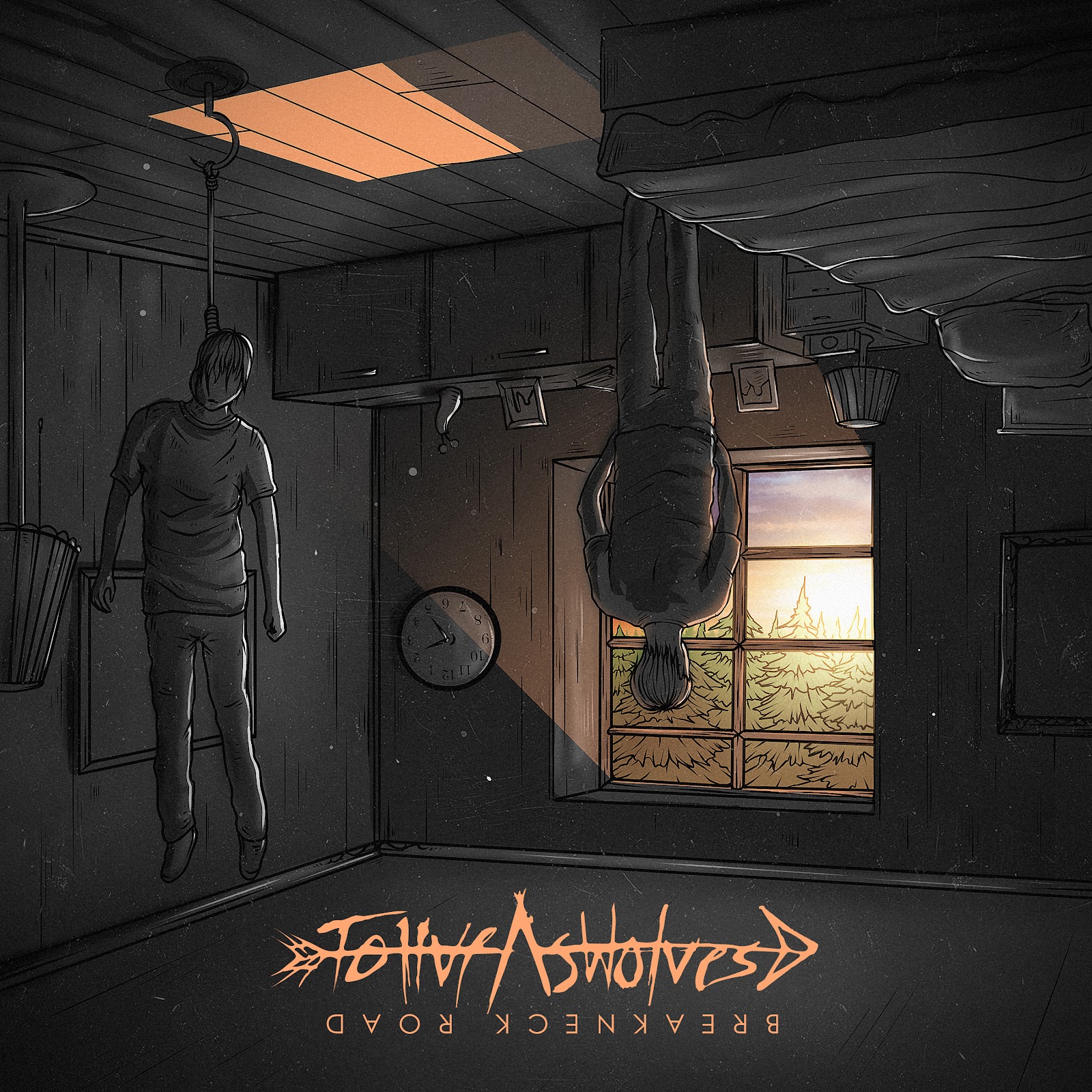 Breakneck Road Track listing:
1.  Leech
2. Open Mind / Closed Casket
3. Bed Of Lies
4. Abandon Hope
5. Stalemate (feat. Davey Muise of Vanna)
About To Live As Wolves:
To Live As Wolves is a post-hardcore band based out of Staten Island, New York that conveys emotion in a heartfelt and aggressive way. With this project, musicians Brandon Roman, Mike Shpunt, Frank Altieri, and Alex Allen come together to channel shared experiences into a sonic beacon of hope.
The band has cultivated a sound and live performance that engages audiences with driving riffs, melodic solos and unique vocal melodies.  While the songs are raw and seemingly reckless, the ultimate goal is to reach those in pain. “We don’t care to be huge or adored for our looks or image. To us, it’s about the music and giving back to the scene that helped us all grow as individuals.” Music is everything for this group, and their personal demons only fuel their collective fire.
Through working with producer Kevin Billingslea (Vanna, Cruel Hand), the band successfully released their first EP, The Changing Tide, in 2014. Looking to further evolve, the group returned to Halo Studios where Billingslea produced their follow-up EP. Featuring iconic positive speaker and Vanna frontman Davey Muise and set for release in April 2016, Breakneck Road provides To Live As Wolves plenty of ammunition to become a staple band of their genre.
To Live As Wolves Online:
https://www.facebook.com/ToLiveAsWolves
https://toliveaswolves.bandcamp.com/
https://instagram.com/toliveaswolves/
https://twitter.com/toliveaswolves