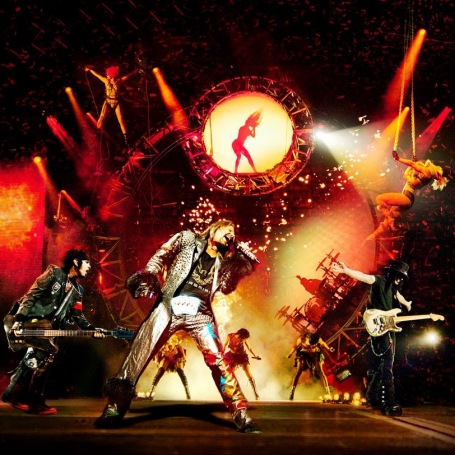 LOS ANGELES, CA December 30, 2015—Iconic, veteran rockers MÖTLEY CRÜE will play their final two shows of their thirty-four-year-long-career tonightand tomorrow at Staples Center in their hometown of Los Angeles. To celebrate their mark in rock music’s history and in honor of their devoted fans, the band announces a full length concert film of the final performance, which will also include exclusive interviews and behind-the-scenes footage of the last week of the tour, to be released in 2016!  After thirty-four years performing together, the Final Tour has seen the band perform all across the globe, visiting an impressive 5 continents since July 2014 (North America, South America, Europe, Australia and Asia) for a total of more than 164 shows.  Fans alike will be able to enjoy and/or relive the spectacular and cutting edge production elements of the Final Tour, such as Tommy Lee’s “Cruecifly” drum roller coaster, Nikki Sixx’s fire spitting bass performance, along with all the fan-favorite hits!

ABOUT LIVE ALLIANCE
Having recently produced the most successful concert pay per view live event of all time, Grateful Dead’s Fare Thee Well summer reunion shows, Live Alliance is the leader in live event distribution across all platforms, including theaters, cable, satellite and digital PPV distribution and linear broadcasting. Live Alliance provides top tier video production and distribution for concert films for broadcast and online live events. Working in the live concert film space for 10 years, the founders of Live Alliance were the team behind one of the very first companies to stream large scale events over the internet. Live Alliance is a pioneer in the industry and has grown to provide broadcast and technology for hundreds of clients – working with some of the biggest artists and platforms throughout the world.