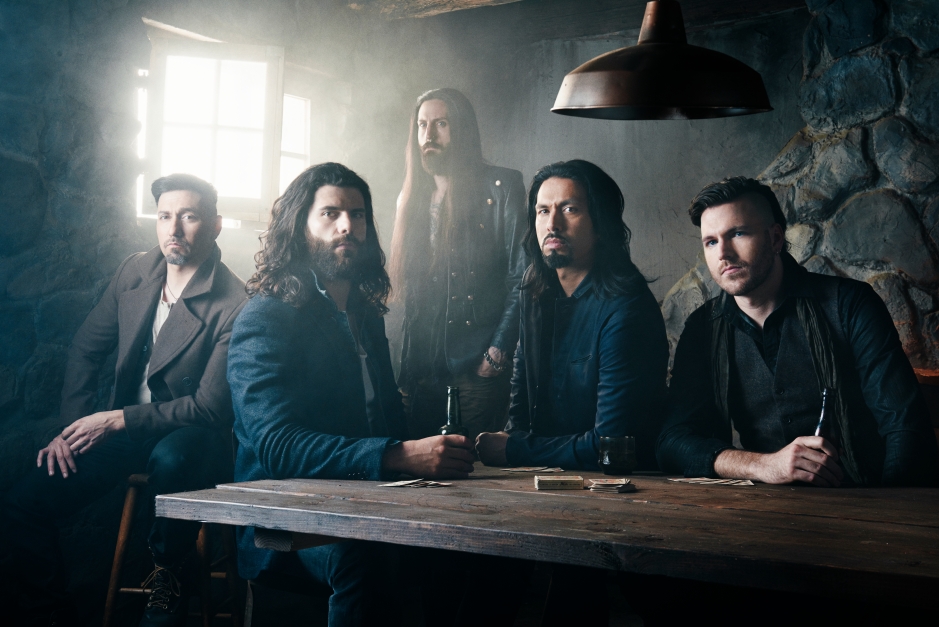 POP EVIL have debuted another all new track from their fourth studio album titled “Dead in the Water” exclusively viaPopmatters.com today. “The song was written about the constant feeling I have of sinking farther and farther away from reality,” says front man Leigh Kakaty. “It has led to a internal fight to get my head above water.” “Dead in the Water” comes on the heels of their highly successful first single “Footsteps,” which debuted in June and is currently #3 on the Rock Radio Charts. “Footsteps” has  already been a featured ESPN sync track.
“Footsteps” is not only the fastest charting single the band has to date, but is also the fastest growing Independent Record Label Single at Rock Radio this year.

The band revealed episode #5 of their behind the scenes studio documentary. The band spent time with producer Adam Kasper (Foo Fighters, Soundgarden, Pearl Jam) in Seattle and captured the experience on camera, giving fans an insight into the creation of their all new LP titled UP, which is becoming their most anticipated release to date.

Frontman Leigh Kakaty recently told LOUDWIRE that UP,  is “what we believe our best effort yet.”