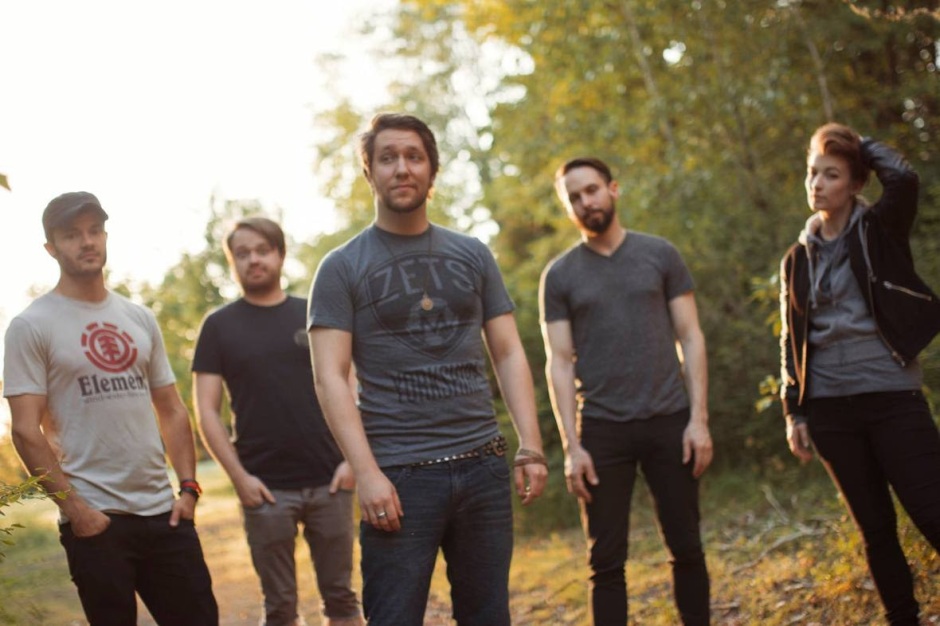 The post-hardcore quintet DIVIDES will be releasing their heart-pounding debut album Brokentooth on 8/11, but the good folks over at Idobi Radio are giving you a chance to hear it early. The album is a follow-up to their 2013 EP Departures and is their first release since their relocation to Portland, OR from their homes in Alaska. The record was mixed and mastered by Casey Bates who is know for his work with Portugal. The Man and Chiodos.

“Brokentooth is DIVIDES in a bare-knuckle boxing match against the demons we left behind on Departures. We wanted to be ferocious and unflinching so we could create an album that will leave the listener bruised and bloody, but more alive than ever.”

We had a chance to to sit down with CJ, Lead vocalist, of the DIVIDES and we talked about how how the DIVIDES was formed and the me album “Brokentooth”, and much More !!

DIVIDES are a passionate group of young musicians who believe in the power music has to connect people. With a strong work ethic and a desire to take their music far beyond their hometown of Anchorage, Alaska, the quartet moved to Portland, Oregon shortly before the release of their debut EP Departures. DIVIDES’ ability to seamlessly transition between crushing verses and catchy choruses has allowed them to share the stage with bands of all genres, and vocalist CJ Brunke’s passionate stage presence demands the immediate attention of anyone watching.