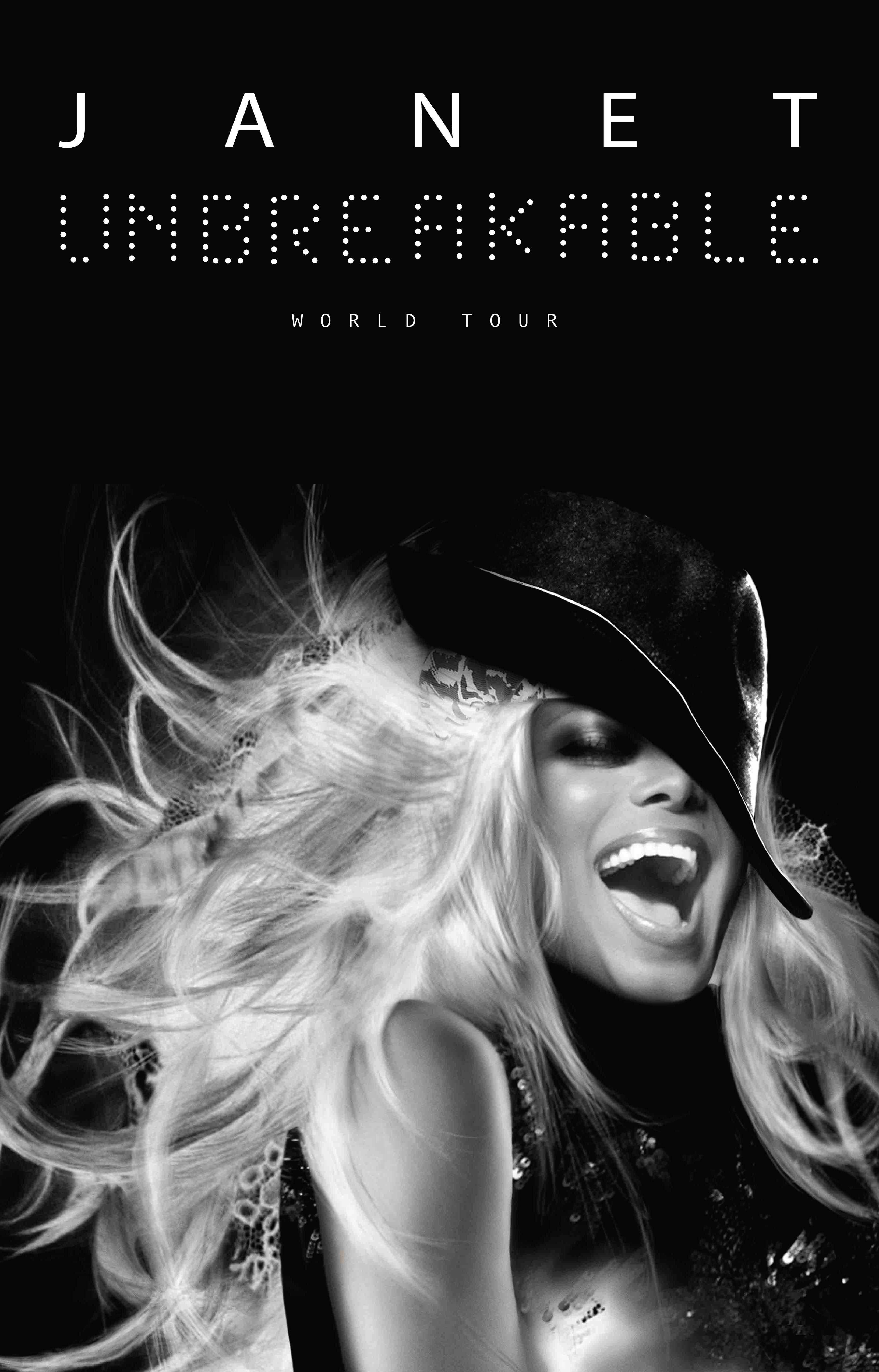 LOS ANGELES (July 13, 2015) – Janet's Jackson's tour is not only UNBREAKABLE, it is now unstoppable thanks to her fans across North America. The recent BET Awards’ Ultimate Icon honoree, multiple GRAMMY® Award-winner and multi-platinum selling artist announced a 2nd North American leg to her UNBREAKABLE WORLD TOUR with an additional 27 new cities added to what has become one of the most highly-anticipated international tours. Janet has been listening to her fans and their overwhelming response to both her new music and her tour. They've asked her to bring the UNBREAKABLE WORLD TOUR to their city and now she's giving even more fans a chance to be part of this year's most exciting tour. The 2nd leg of the North American tour will kick off on January 12, 2016 in Portland, OR and will visit 27 cities including dates in New York City, Washington DC, Boston, Houston, Dallas, Philadelphia and more! A full list of dates on the 2nd leg of the UNBREAKABLE WORLD TOUR is below.  All dates on the tour are being co-produced by Miss Jackson’s Rhythm Nation. Additional worldwide concerts will be announced at a later date.   Fans who pre-order the album on JanetJackson.com will receive presale access for premium seating beginning July 14 at 10:00 a.m. until July 19 at 10:00 p.m. before tickets are available to the public. Janet is very appreciative of everyone who purchases tickets, but also wants to thank the fans that purchase her music with a special enhanced experience at the show. Janet, believes that music is the livelihood of not only the artist but also songwriters, studio musicians, back-up singers, producers, editors, engineers, stage hands, road crew, tour managers and more. By purchasing music, fans are showing their support for the industry as a whole, and for everyone involved in bringing music to life both in the studio and live on tour.

American Express® Card Members can purchase tickets before the general public beginning Tuesday, July 14 at 10:00 a.m. local through Sunday, July 19 at 10:00 p.m. local. Tickets go on sale to the general public on July 20 at 10:00 a.m. at JanetJackson.com, Tom Bush Family of Dealerships Box Office located at the Jacksonville Veterans Memorial Arena, all Ticketmaster outlets, charge by phone at (800) 745-3000, or online at www.ticketmaster.com.

The UNBREAKABLE WORLD TOUR will return one of this world’s most influential entertainers back to the live stage in support of her upcoming album due out this Fall on Rhythm Nation/BMG. The first single from the new album, No Sleeep, has already entered the Top Ten on the Urban AC and Billboard Hot R & B Songs charts, only two weeks after being released.

In addition to Live Nation and Rhythm Nation, other concert promoters will include Nederlander Concerts, Jam Productions, Another Planet Entertainment, and such promoters as Bamp and Tommy Meharey.

Janet Jackson, iconic music artist, multi-award-winning songwriter, producer, singer, Oscar and Golden Globe nominee and winner of the NAACP Best Sporting Actor award, publisher, choreographer, dancer, Number One New York Times Best Selling Author, businessperson, and philanthropist, is one of biggest-selling, most influential artists in popular music history. Having won 6 GRAMMY® Awards, along with dozens of American Music Awards, MTV Video Music Awards, BET honors, and Billboard Music Awards, Janet Jackson stands as one of the most prolific artists of all time with a string of hits that have left an indelible impression on pop culture. With sales of over 160 million records worldwide, her music and artistry have opened doors through which other top artists have followed, while acknowledging her impact on their musical perceptions.

All dates, cities and venues below subject to change.