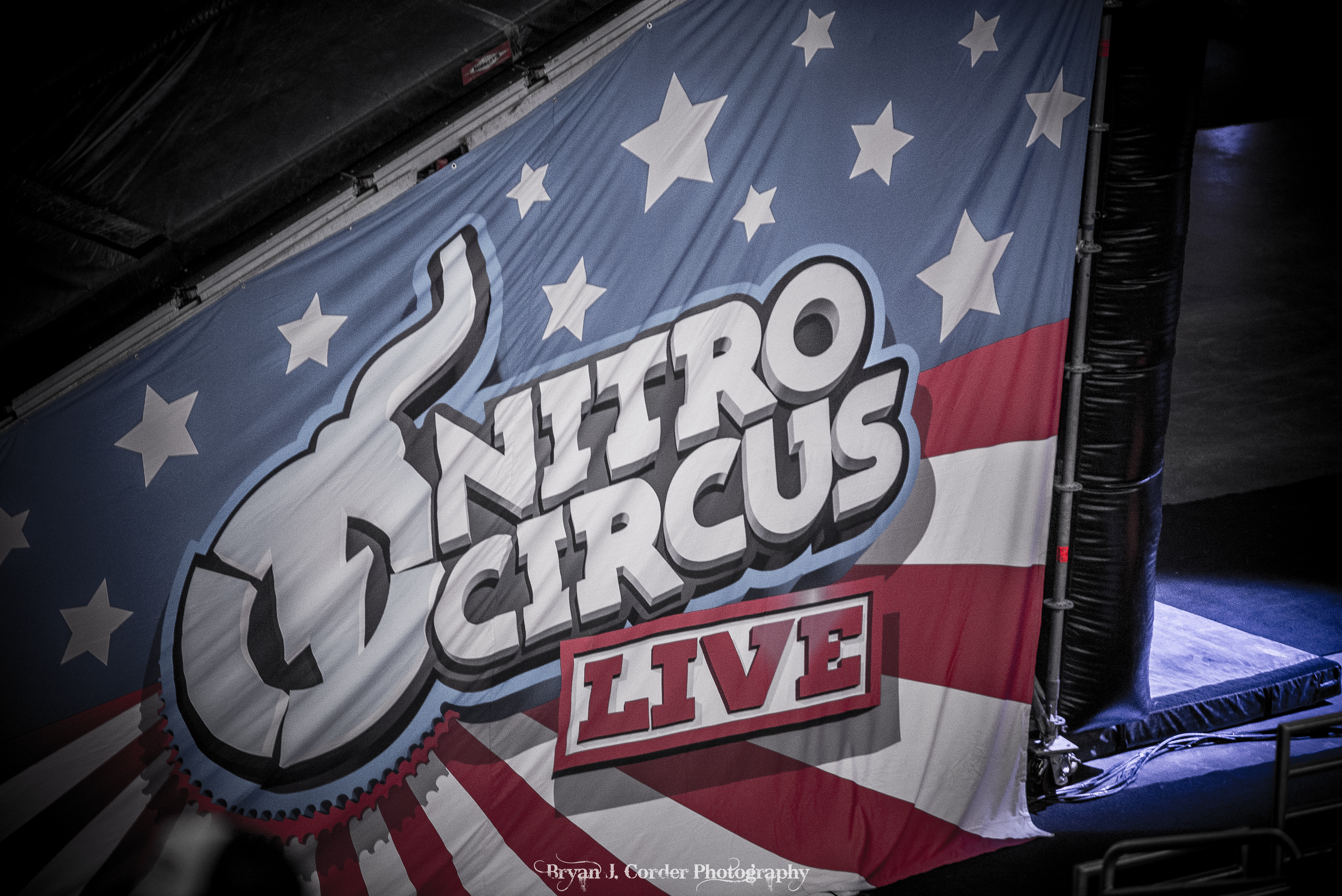 Bruce Robson, announcer extraordinaire, introduced the Travis Pastrana NITRO CIRCUS to a packed house last night at Jacksonville Veterans Memorial Arena which started a night filled with tricks, stunts, air maneuvers and lots of audience love.  After introducing each member of the travelling cast, the show began in earnest with, of course, some amazing bike stunts. 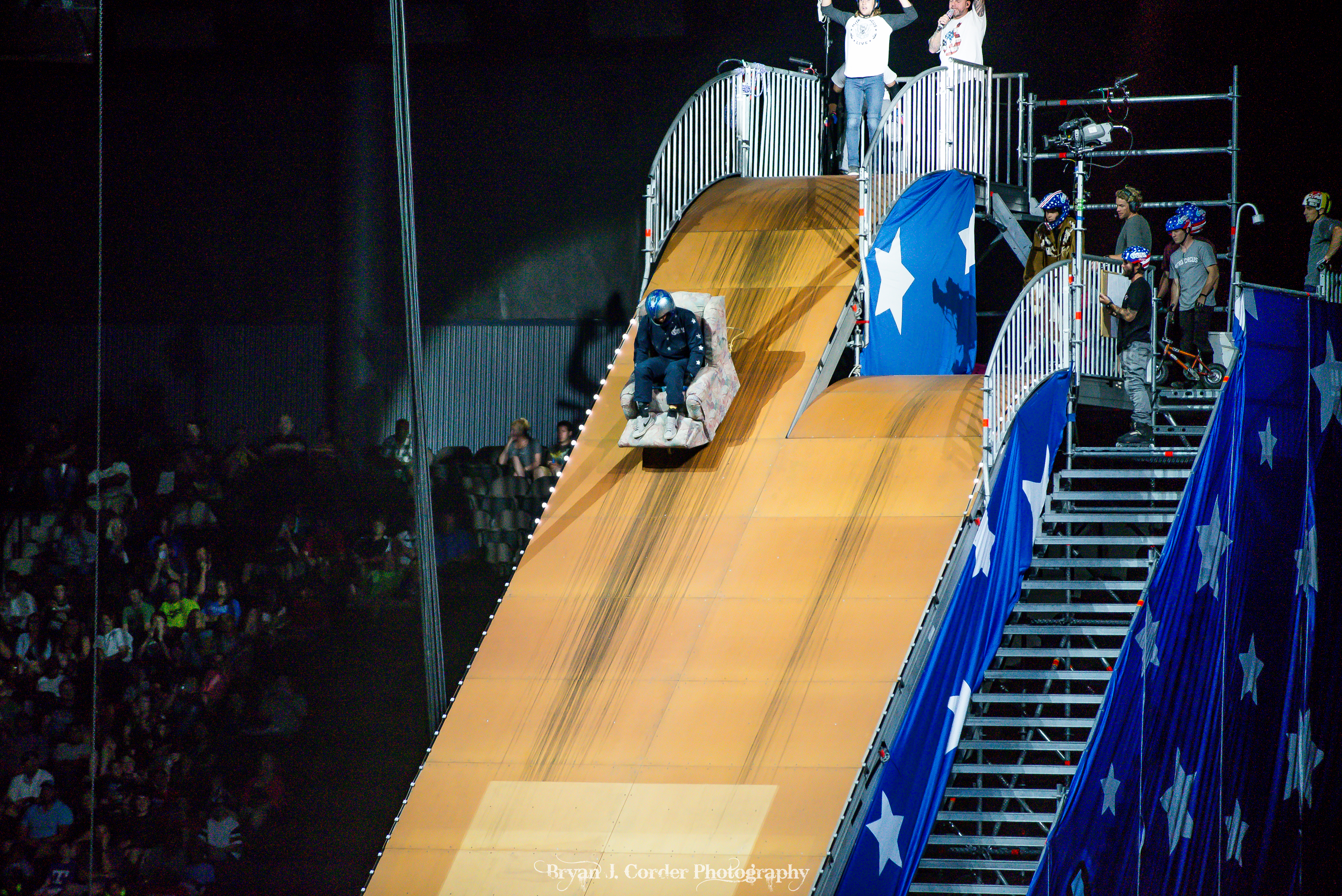 The audience was even allowed to participate, with two young men who volunteered, riding a bike with Cameron Sinclair while doing a complete backflip…and they landed it!  the 40′ and 50′ ramps were used to launch some of the most amazing rides…skateboards, unicycle, recliner, bathtub, minicar, and even a wheelbarrow.  All the stunts, whether on motorcycles, bikes, scooters or skateboards were at an insane level that even Extreme Games can’t match.  Plus the audience was treated to videos of the many less than successful attempts before the actual trick was performed, as was the case with Ryan Williams‘ triple back flip on a scooter which was landed for the first time ever after two years of attempts.  Jai Toohey attempted the BMX back flip, triple whip again last night after having broken his leg twice attempting the same stunt previously…unfortunately it was not a clean landing and he injured his right shoulder, but walked out of the arena under his own power.  Aaron Fotheringham launched his wheelchair from the 50′ ramp attempting to land a front flip.  The first attempt was not a successful landing, and Aaron, and his wheelchair, were carried back up the stairs to the top of the 50′ ramp for a second attempt.  The second attempt was cancelled when it was discovered that one of the wheels was broken during the first landing.  But what an inspiration Aaron is to everyone who watches NITRO CIRCUS… talk about never giving up!  Clinton Moore successfully landed the “Bundy”, where he launches himself through the front handle bars and then completes a backflip above the bike.

Travis Pastrana and the rest of the big bikes took to the stadium floor to mesmerize the audience with backflip after backflip after backflip.  Then they upped the ante by performing a trick and then performing the exact same trick while doing a backflip…this can only be explained by looking at the photos to see how dangerous some of these tricks are when performed upside down.

It was an absolutely amazing evening of stunts, tricks and some of the best riding you will ever see.  The USA tours has just begun, so check the NITRO CIRCUS website for dates near you and go see this world class event!