April 30 2015 Jacksonville,FL – It was a glorious Saturday morning with light overcast skies at Met Park in Jacksonville Florida- the stomping grounds of the SOLD OUT ..5TH Anniversary of Welcome to Rockville., As we rolled into the parking lot at just before 11am. The parking lot was filling up fast with headbangers off all sorts all ready lined up to get the show on the road, you had your long hair thrashers to your multi-colored haired metal core fans all the way to short hair indi rockers lined up to enter The Biggest Festival to hit North Florida.

Day 1 of the festival started out on a great note with thundering sounds of drums and heavy claps of fans ready to rock out all day long… The sun shining down on the first band to hit the stage.. Hometown heavy rockers out of Jacksonville, World Gone on the Jagermeister Stage,-The only unsigned band to hit the stage this year, hand picked by Danny Wimmer Presents-. WG got the festivities started right ..with their heavy riffs and metal/industrial sound that got the crown pumped up for all the other bands to follow

The festival was off the to a banner beginning as the masses of concert goers continued to pack the Met Park through out the late morning and early afternoon.The frantic fans were running from stage to stage to check out their favorite bands.,.. rocking bands like Stars in Stereo, Red Sun Rising, Sons of Texas, Sangre and Like a Storm for their early sets at the large Monster Energy Main Stage to the smaller side Jagermeister and Reverbnation (powered by Hundred Handed) stages.

But, Just as the festival was rocking and rolling on the ground..so was the sky with dark grey clouds rolling in from the north west. An hour and a half after the band Like a Storm rolled off the stage, it was time for mother nature came in “like a storm” to rock and roll. Just as Hollywood Undead was to hit the stage..Mother nature threw down some heavy sounds of thunder and a light show of her own with driving rain, heavy winds and some lightning to boot..that stopped the festival twice in just a few hours time. But I give made props to the festivals promoter Danny Wimmer Presents, the staff and security to get the crowd out of harms way both times with no injuries to report.The crowd was not happy that they were not going to see some of the that were scheduled to play during the rain delays., but im sure they were happy that the show when on with some great acts that where show stoppers…just to mention a few…Halestorm, Slayer, Queensryche, Ministry,Testament.

The most notable performers for the Day 1 was the EPIC !!.. Marilyn “Freaking” Manson ,closing the Monster Energy Main Stage like only he could- Like a bat out of Fucking Hell.!!!, the crowd went insane as Manson went through his list of many hits, stopping to tell the crowd it was not by mistake that he was in Jacksonville, he said ” the last time he was in Jacksonville, the local Jacksonville police broke his jaw”, and he wanted to come back for a little reunion i guess.haha..But the Main closer of Day 1 – Korn !!  and they rocked  the Jack Daniels Metropolitan Stage like no fucking other could, MELTING THE FACES OF 50,000 FUCKING FANS !!.Korn put on the show of a life time, and not holding back. they wanted to give the long awaited rain soaked crowd and show they would not forget, and that is just what they did !!

I think Day one still kicked ass, Even though Mother Freaking Nature tried to rain on our Festivities  !!

Day 2 of Welcome to Rockville was the opposite of Day 1, It started out as a gloriously sunshiny day and with a slight breeze off the San Johns River that run along Met Park and the Rockville grounds.

The day was set up to be one for the books with the Jagermeister and ReverbNation stages starting off with some heavy hitters. To start off the day, Shattered Sun got the festival going with some heavy hitting thrash metal that got the blood flowing, and set the stage for some killer music by 68, From Ashes to New,We are Harlot. One stand out was “68” the duo is one hard hitting freaking band..They do not mess around !! They play like every song is their last one..going 150%, it is like controlled chaos.They are going to be the ones to watch !!

As the temperature kept climbing through out the day, so did the music. With Young Guns, Starset,Islander, In this Moment, a Japanese hard hitting rock duo VAMP– that not a lot of people have heard but i am sure they gained a lot of new fans-, and Motionless In White, The Pretty Reckless. The crowds were getting larger and larger as the day progressed. A crowd favorite on the Jagermeister stage, where the Butcher Babies, The girls really know how to give all they can and ROCK THE FUCK OUT !! The always but on a show to remember, as the massive crowd that jumped and moshed to ever song. Tremonti showed us his really hard site and a set that im sure melted many faces, Hatebreed, All that Remains,In Flame rounded off the day on the side stage in grand fashion.

The heavy hitter of the after noon started out with Breaking Benjamin hitting the Jack Daniels Met Park Stage with vengeance, hit on all cylinders, and tuning the crowd into a massive pit of fist pumping fans. Slash featuring Myles Kennedy and The Conspirators was a highlight of the early evening, Slash’s smoking hot guitar playing and Myles singing that can be one of the best voice in the industry is set up to be one of the best duo to hit the stage. Godsmack ripped up the Jack Daniels stage like they always do, setting up the stage for the closers of the night –Slipknot.

You could feel the energy in the air as the masses of 50,000 people made their way to the Monster Energy Fire Museum Stage for the one that seemed everyone one wanted to see Slipknot. The crowd was buzzing with anticipation for one the the most icons bands to hit the rockville stage for day 2.You can almost feel the energy building in the masses and the stage was getting set to explode with heavy hitting drums and bass in your face kick ass music.Slipknot was a perfect ending to Welcome To Rockvilles 5th year Anniversary !!..It was one EPIC weekend. If not the best festival of the year..it is in the top 3 for sure.

We do want to give a shout out the Dammy Wimmer Presents and all the staff that kept the weekend safe even when it looked like it was going to be bust for Saturday!..The head of the festival kept things together and did what they need to do to make a safe and fun experience for all. There were a few dicey moments with the weather..but the festival did a fantastic job when adversity reared it ugly head..and showed Mother Nature you cant stop our Rockville !! 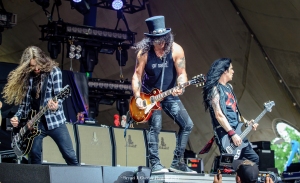 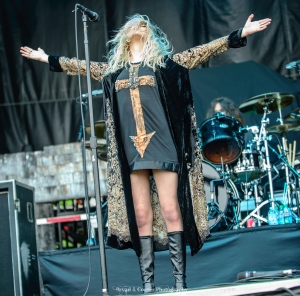 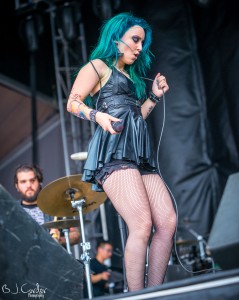 Pre Party @ The Landing
with Hollywood Undead, Non Point, Avatar and Others 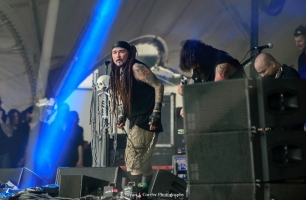 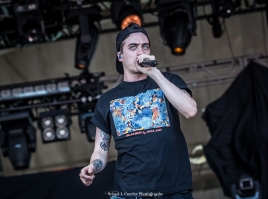 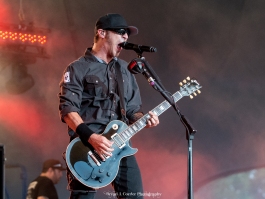 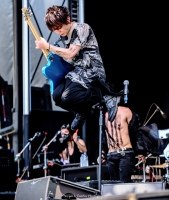 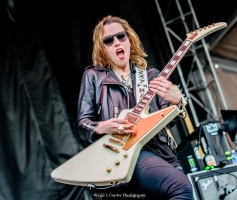