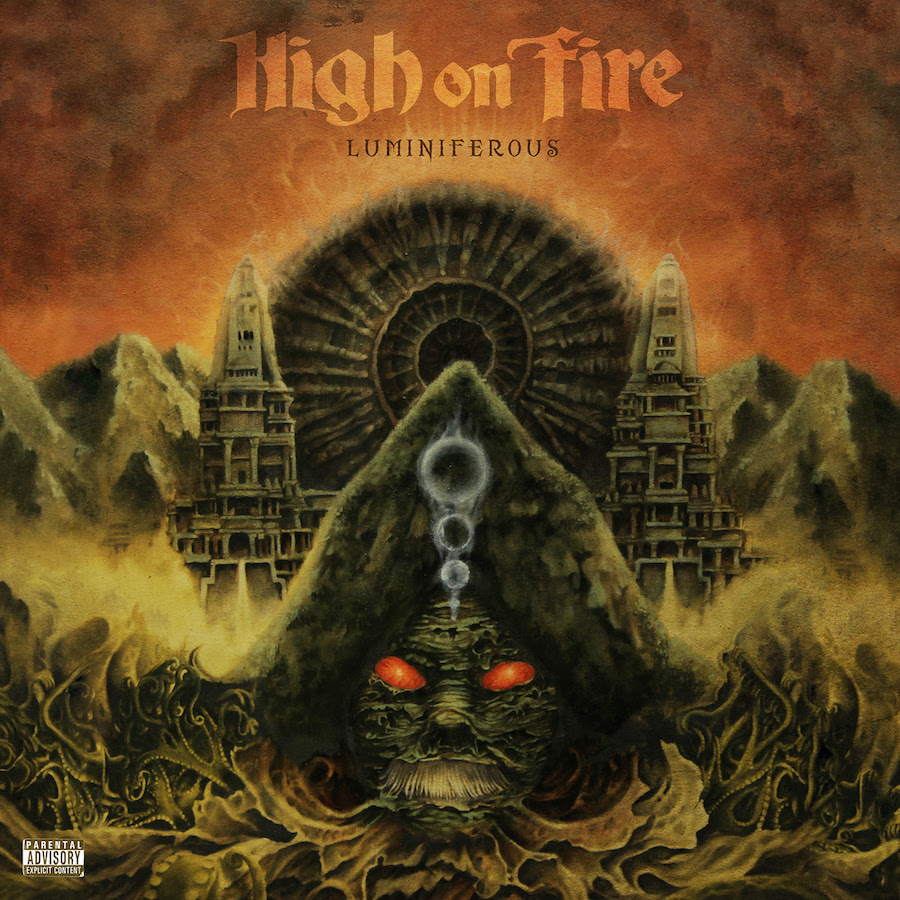 Universally recognized as one of the most potent acts in music today, HIGH ON FIRE creates molten heavy metal that merges primal fury and aggression, blackened bombast and hall of fame heaviness. The group’s seventh studio album, Luminiferous, is a supersonic exercise in conquest by volume, delivering calculated catharsis as a volcano of revolving riffs and hailstorm of thundering drums combine to beam a blazing spotlight towards the future of modern metal music.

“We’re doing our part to expose The Elite and the fingers they have in religion, media, governments and financial world downfall and their relationship to all of our extraterrestrial connections in the race to control this world,” comments vocalist / guitarist Matt Pike. “Wake up, it’s happening. All while we stare at a socially engineered lie we think of as normalcy. Unless we wake from the dream, there will come true doom.”

After nearly two decades of trailblazing new passageways to heaviness, HIGH ON FIRE’s strong, stunning archetype continues to both sharpen and evolve; the trio’s vision has never been clearer. The Riff, as always, is King.