Young Guns have emerged as one of the UK’s most electrifying new bands, garnering heavy radio play and both US and UK chart success, while playing to packed houses worldwide. The band have attracted critical acclaim from esteemed tastemakers in their home country, like Kerrang and BBC Radio 1, while drawing attention from US outlets as well.
Today, the enigmatic five-piece arrive with their new single, “Daylight,” premiering exclusively on Red Bull.  The anthemic track combines infectious synths and heavy guitars that builds to a rocked out finish. The magnetizing new tracks come from their forthcoming album, “Ones And Zeros,” due June 9 via Wind-up Records.
The band are bringing their electric live show to the United States this Spring, on a monster tour of the country supporting selected dates with Breaking Benjamin and  Black Stone Cherry, not to mention a slew of festival appearances including Welcome to Rockville 2015 on April 26th. 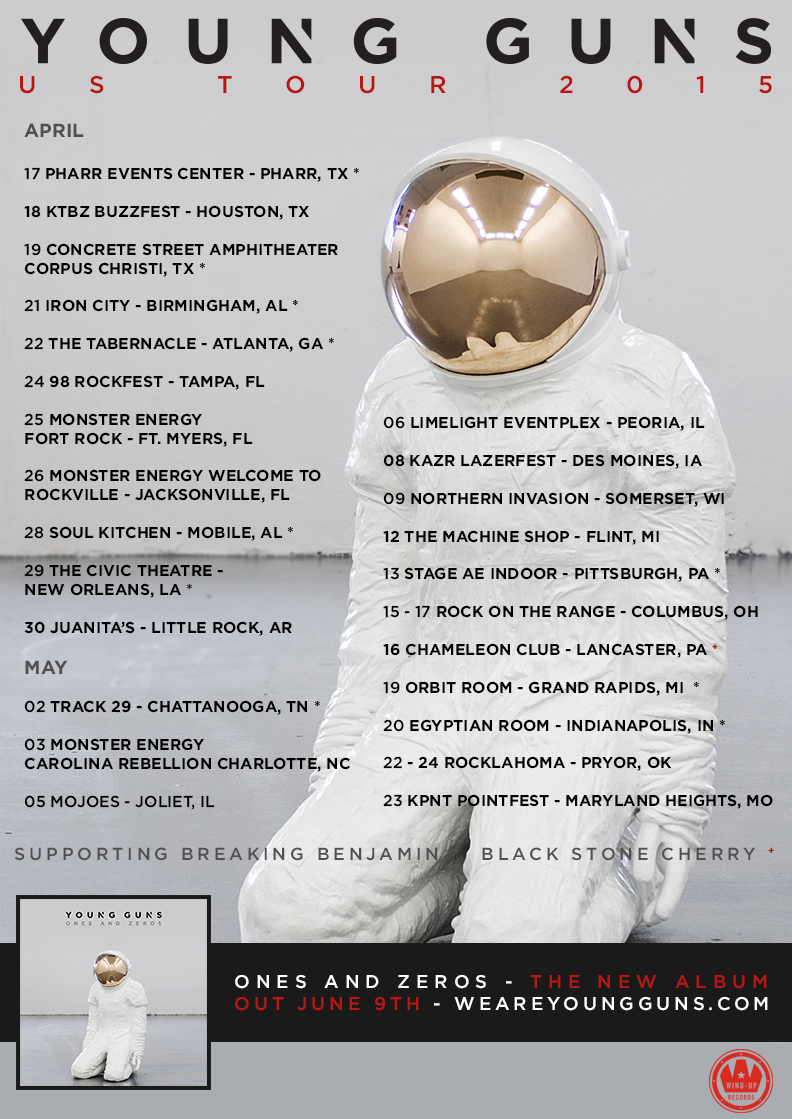