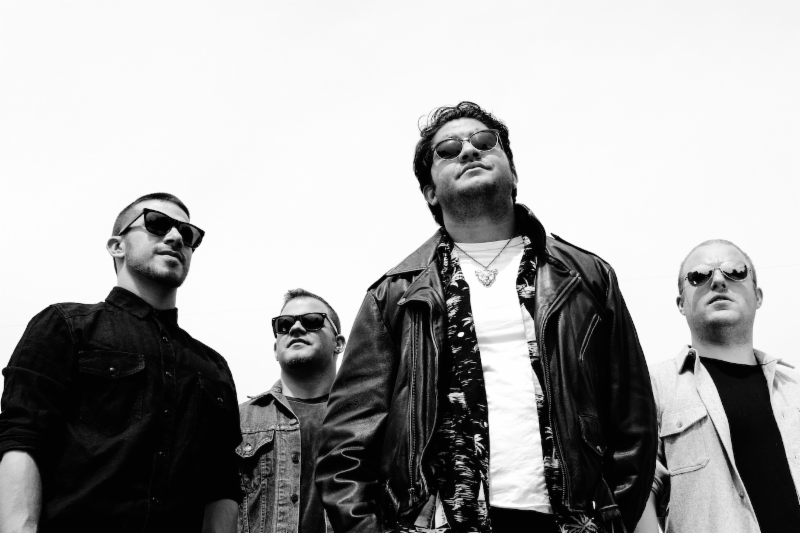 “The energy is there, and it’s bold, an almost familiar sound, with great guitar and drum segments that really come together.”
– Speak Into My Good Eye

“If you’re expecting passion, loud guitars and bundles of energy then you’ve come to the right place.” – The Sound of Confusion

Glen Rock, NJ – February 4th, 2015 – New Jersey-based DIY rock band, Deaf Rhino, are excited to announce their debut LP, Dirt, Rust, Chaos, which will be released on May 5th, 2015. The album was recorded in just five days at The Barber Shop Studios and was produced by Brett Romnes (I Am The Avalanche) and engineered by Grammy-nominated Jason Corsaro (Soundgarden, The Ramones, Danzig, Iggy Pop). Dirt, Rust, Chaos features a heavy, melodic yet groovy sound and offers unique tones inside classic song structures with mature and introspective lyrical content. Armed with a full album, Deaf Rhino is ready to take their grassroots success to an international audience to build on their raucous and inspired live shows and loud brand of real rock and roll. For more information, please visit http://www.DeafRhino.com.

Through do-it-yourself booking, distribution and aggressive self-promotion, the band, which is comprised of Adam Schlett (lead vocals, rhythm guitar), Bobby Weir (lead guitar, Vocals), Tommy Scerbo (Bass Guitar, Vocals), Jack “Shirtless Savage” Biamonte (drums) built their own music scene in the areas of northern New Jersey and New York. With a reputation for intense and unrelenting stage shows, the band was able to build a solid fan base and forge relationships with such venues as Maxwell’s Hoboken, Arlene’s Grocery and Webster Hall.

The band, which originally went by the name Easy Company, began in 2011 as collaboration between Schlett and Weir who had previously played in cover bands together but were itching to do something more. After bouncing demos back and forth, Schlett and Weir recruited Scerbo and Biamonte to help bring some of these demos to life. The resulting chemistry from that session led each member to agree to make the musical partnership a full time endeavor.

The band recorded several demos under that moniker before heading in to the studio to record a full-length album. The finished product, Dirt, Rust, Chaos, was bigger, better, louder and more direct than ever.  Because the music they had produced on that album marked a significant change in their musical identity, the band decided that they had to change their name to something that would more appropriately describe the sounds they had made.  Hence, Deaf Rhino was born.

Regarding the upcoming release, Deaf Rhino tell us, “the songs are accessible, powerful, catchy and capture how we sound live. We always like melding genre’s to create our own sound while still being deeply rooted in a loud rock and roll. This was recorded to be listened to as an entire record, but each song can stand on its own as well. Were really proud of this album and each song has its own life and charm during our live shows.”