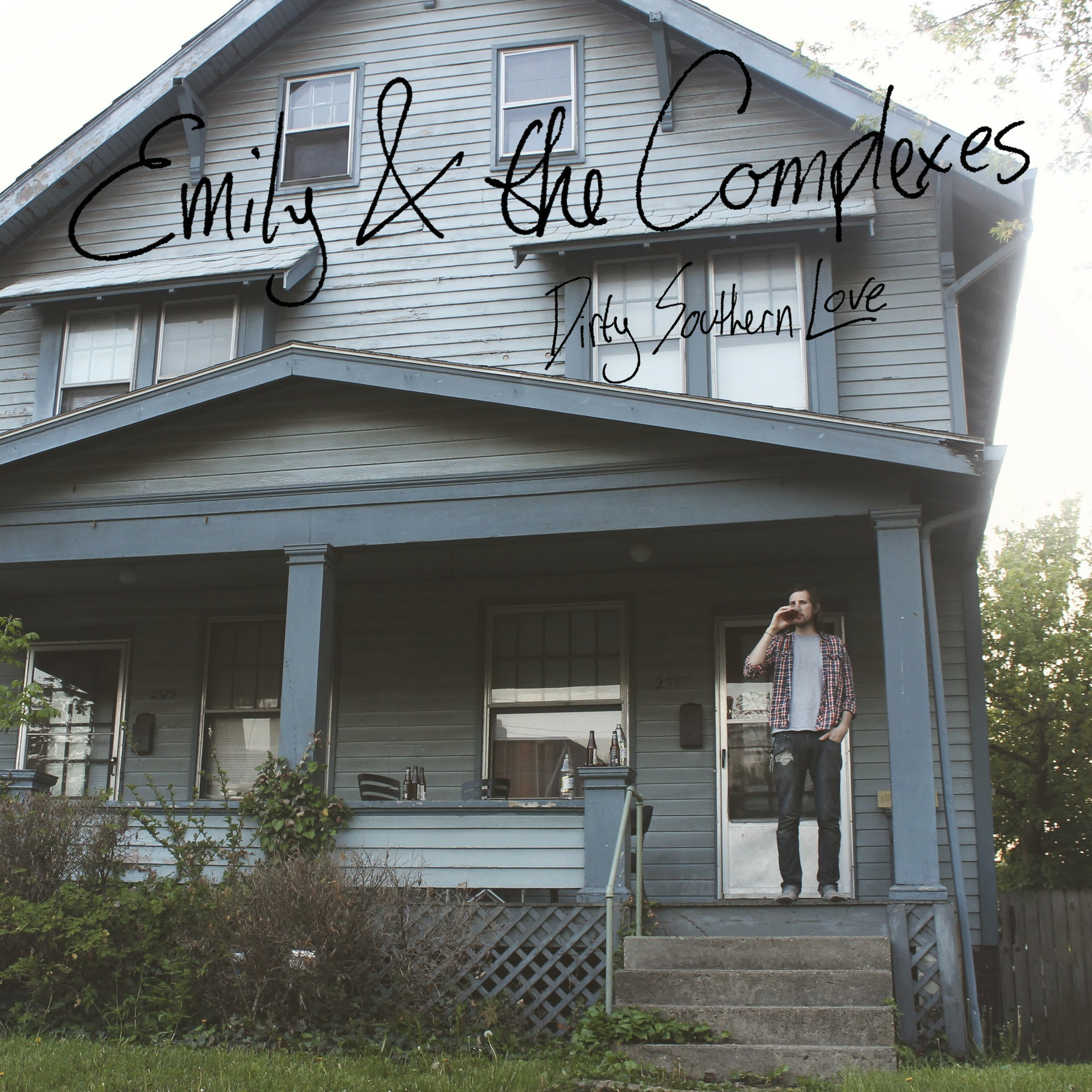 Emily & The Complexes began on the road. While his peers moved into dorm rooms and attended lectures, singer/songwriter Tyler Verhagen took to the off-ramps, truck stops, and 24-hour diners that are the unseen epicenters of a hitch-hiking sub-culture. For the better part of two years, Verhagen criss-crossed the country with nothing but a backpack and an acoustic guitar. He caught rides in semis, slept on beaches, busked on the streets, and got kicked out of San Diego. It was here on the road that he wrote the songs that would become Emily & The Complexes’ first album, Styrofoam Plate Blues (2012). When passing through Ohio he would stay with future bandmates Jordan Finke, Tom Konitzer, and Brett Gregory who were all attending classes at OSU.

Fast-forward two years and the idea of movement is still an integral part of Emily & The Complexes’ existence. After spending much of 2013 on the road supporting their first record, the band began writing the songs that make up their new EP/7” Dirty Southern Love. Whereas the process for the first record was a rushed, cathartic release of autobiographical emotion and post-road longing, the songs that make up DSL touch on the realties of early adulthood in a more deliberate, well-crafted manner. Dirty Southern Love is lyrically diverse. Verhagen maintains a brutal honesty about life’s struggles while also combining multiple perspectives with a taste for the bizarre. The musicality of the new EP is perhaps the biggest departure from their earlier work. Dirty Southern Love features slightly slower tempos and dynamic song arrangements that allow Verhagen to croon over layers of clever guitar lines and driving bass/drums.

Tracking began in the depths of winter at The Bongo Tree studio in rural Ohio. After a month toiling away in the studio’s cold rooms, the band left for the South to mix with Drew Vandenberg (Of Montreal, Toro y Moi, Drive-by Truckers) at Chase Park Transduction in Athens, GA. With such an impressive reputation for producing great music, Chase Park and Athens were an ideal fit for the band. Vandenberg’s craft and vision meshed well with the band’s desire to produce a natural sounding record that highlights their strengths as songwriters. For the final touches, Emily & The Complexes once again turned to veteran mastering engineer, Dan Coutant (Into It Over It, Lemuria, Touche Amore) at Sun Room Audio in New York.

With the release of Dirty Southern Love, Emily & The Complexes will initially be touring down the East Coast into the South in late August, with more tours and festival appearances to follow. The songs on Dirty Southern Love mark a new stylistic awakening for the band, who have already begun work on their next batch of songs. They will follow in Verhagen’s original footsteps and take to the road to reform and define their work, knowing that long drives, sleepless nights, and the company of strangers will always be integral parts to their songwriting process.

And many more to come!