“Your Work Is Magic” premiered today with StereogumTour Dates Below 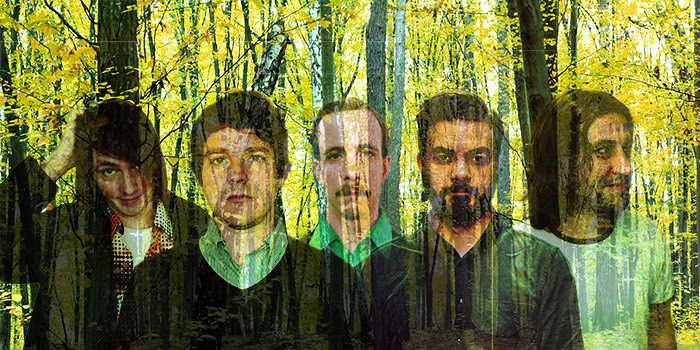 “Lead single “Your Work Is Magic,” one of the jaunty “Zonian Girls” selections, is a horn-laden blowout that conjures “Tigermilk”-era Belle & Sebastian with a tinge of mid-aughts blog rock a la Architecture In Helsinki.”
–Stereogum

In 2011, King of Prussia songwriter, singer and guitarist Brandon Hanick returned from Barcelona to American shores a new man. With very few euros in pocket, he was rich with stories from three years spent overseas, spoke Spanish fluently and had, perhaps most importantly,              written the 20 songs that would become King of Prussia’s first double album, Zonian Girls…And The Echoes That Surround Us All.
He didn’t set out to create a “concept album.” It just so happened that half of the songs represent the lighter side of the human psyche (love, joy, and ‘whitewashed afternoons’), while the other half represent, well…the other half (the loss of love, woe, and ‘the dark side of town’). Each ‘light’ song on Zonian Girls has a darker counterpart on … And The Echoes that Surround Us All, and the two ‘cousin’ songs are bound together by related melodies, musical arrangements, lyrical themes or a combination thereof.
The idea of a transcontinental recording affair had taken shape on previous albums, but it wasn’t until this, King of Prussia’s third and fourth album, that the American and European versions of King of Prussia became fully united; the process fully realized. The adventure began in late Autumn 2012 in Barcelona, where Hanick met up with Vasco Batista (guitar, bass, keys) and drummer Simon Mille. They rehearsed five or six hours per day, six days a week in Borders’ punk rock practice space, complete with a vending machine from which one can purchase cans of Estrella Damm for a mere euro.
MP3 Download / SoundCloud
“Actuary” via We All Want Someone To Shout For

The marathon practices prepared the boys for a five-­‐day drum sesh at La Caverne Studio in Bordeaux, Mille’s hometown. They recorded with Sebastian Moreau-­‐Ellero, drank good coffee and wine and ate croissants from the same boulangerie every day. They rounded out the Euro sessions recording Christine Kelly’s vocals at Neverland Studios while Batista handled most of the lead guitar duties from his chilly Barcelona flat. Hanick bid “adeu” to his Barcelona buds, promising to send the final project, upon completion, via carrier pigeon.
Work on the album continued in the band’s birthplace of Athens, Ga. in December. Multi-­instrumentalist and singer Nathan Troutman hopped a plane and a bus to town with just a banjo on his back and a glimmer in his eye. He, Hanick and multi-­instrumentalist Brian Smith locked themselves away for 12-­hour sessions in Casa de Smith. It felt like home. They invited Athens friends, new and old, to join the recording process, and together they laid down guitars, banjos, keys, harmonicas, vocals, horns and strings while Smith’s wife Cory patiently endured the album’s multitudinous overdubs. 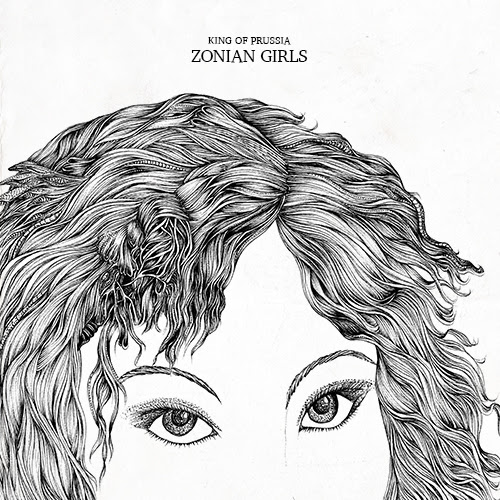 Keeping with the collaborative ethic embraced by the Athens music community and employed by King of Prussia since Save the Scene, its 2008 critically acclaimed debut album, Zonian Girls…And The Echoes that Surround Us All features contributions from over 20 musicians, including Chicago musician Patrick Burke and notable Athenians from bands like Elf Power and Powerkompany. Sometimes they made house calls. They recorded University of Georgia students in campus practice rooms and even recorded Mike Mills (R.E.M.) on grand piano at his house. They continued recording in the infinitely more profesh Glow Studio with their friend Jesse Mangum, who would ultimately mix and ‘awesomize’ the albums.
When King of Prussia released Save the Scene in 2008, critics compared the band to “twee” pop perfectionists like of Montreal and Apples in Stereo. This might have had something to do with the fact that the album was released on sunny Kindercore Records. Or maybe it was because the band was formed in psych pop wonderland Athens, Ga. Or maybe they really did sound “twee.” Most of KOP’s members like and were likely influenced by the aforementioned bands. But they never felt twee.
The band’s follow up EP, The Time of Great Forgetting was composed of country western songs that garnered not inaccurate comparisons to twangier indie rock bands like Beachwood Sparks and Mojave 3. 2012’s full-­length Transmissions from the Grand Strand brought reviews that compared King of Prussia to bands like The Shins and Belle & Sebastian, and normally included at least one question like “Where the hell has this band been the last few years?”
The answer to this question lies in the wax that Zonian Girls will be pressed upon. As if to say, “Here it is. This is what we have to give. This is what we’ve been doing,” King of Prussia presents a collection of songs that defines where the band is coming from, where it is and what will be.
Comparisons to other bands are inevitable, and the Prussians will rejoice in reading them, content to know that someone cares enough to even give their work a critical listen. But this time around something feels different. Zonian Girls…And The Echoes That Surround Us Allfeels more Prussian than anything that has come before it—a getting blue, of sorts. An ascend, perhaps? Yes, a band’s self-actualization. 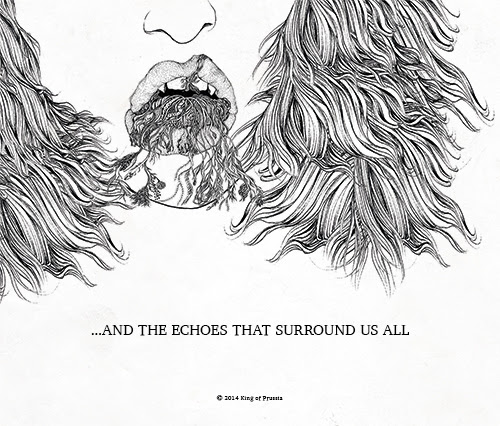